RCC Board participants praise the organisation, congratulate its Secretary General on the excellent, for our region extremely important job done 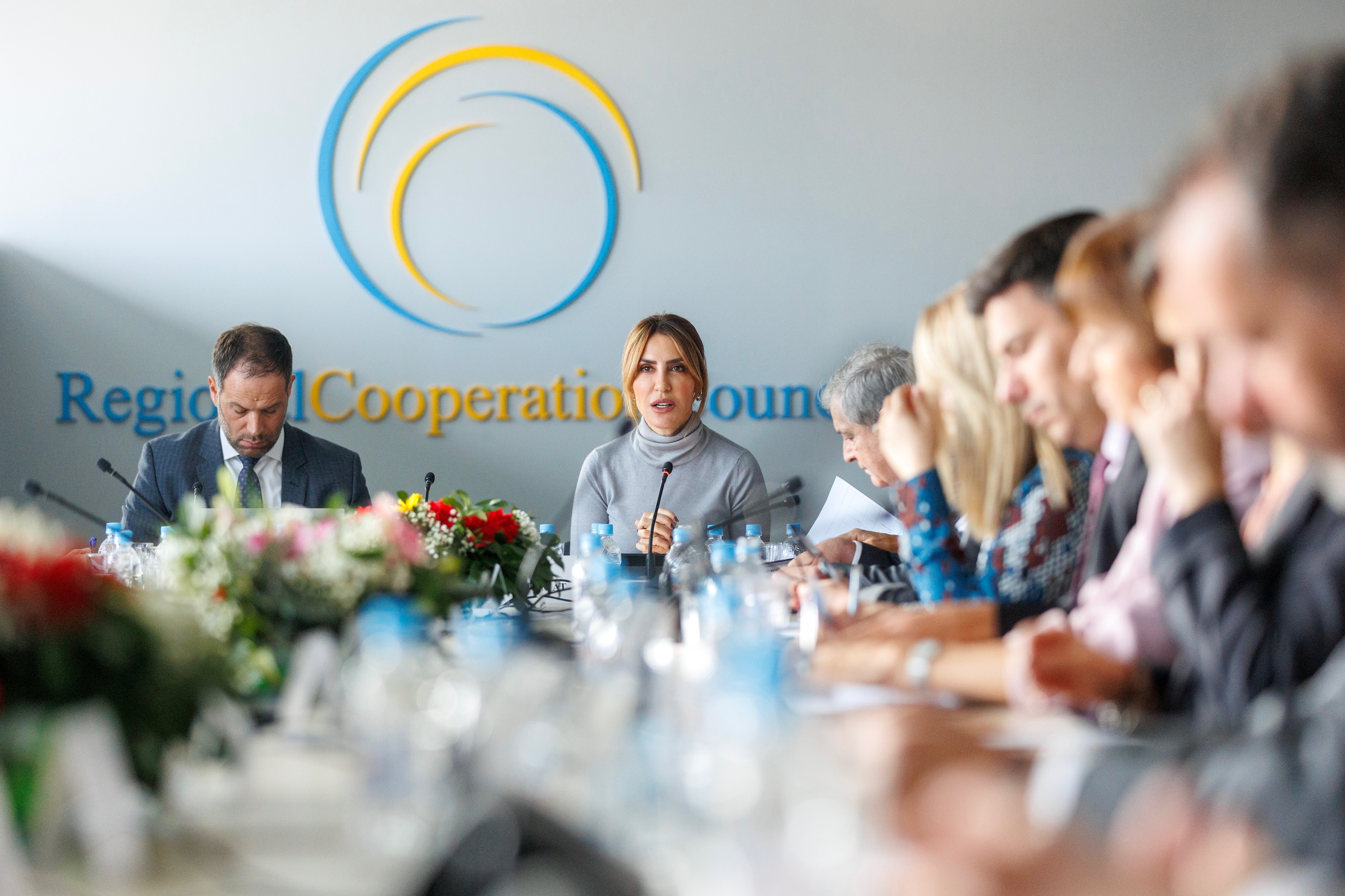 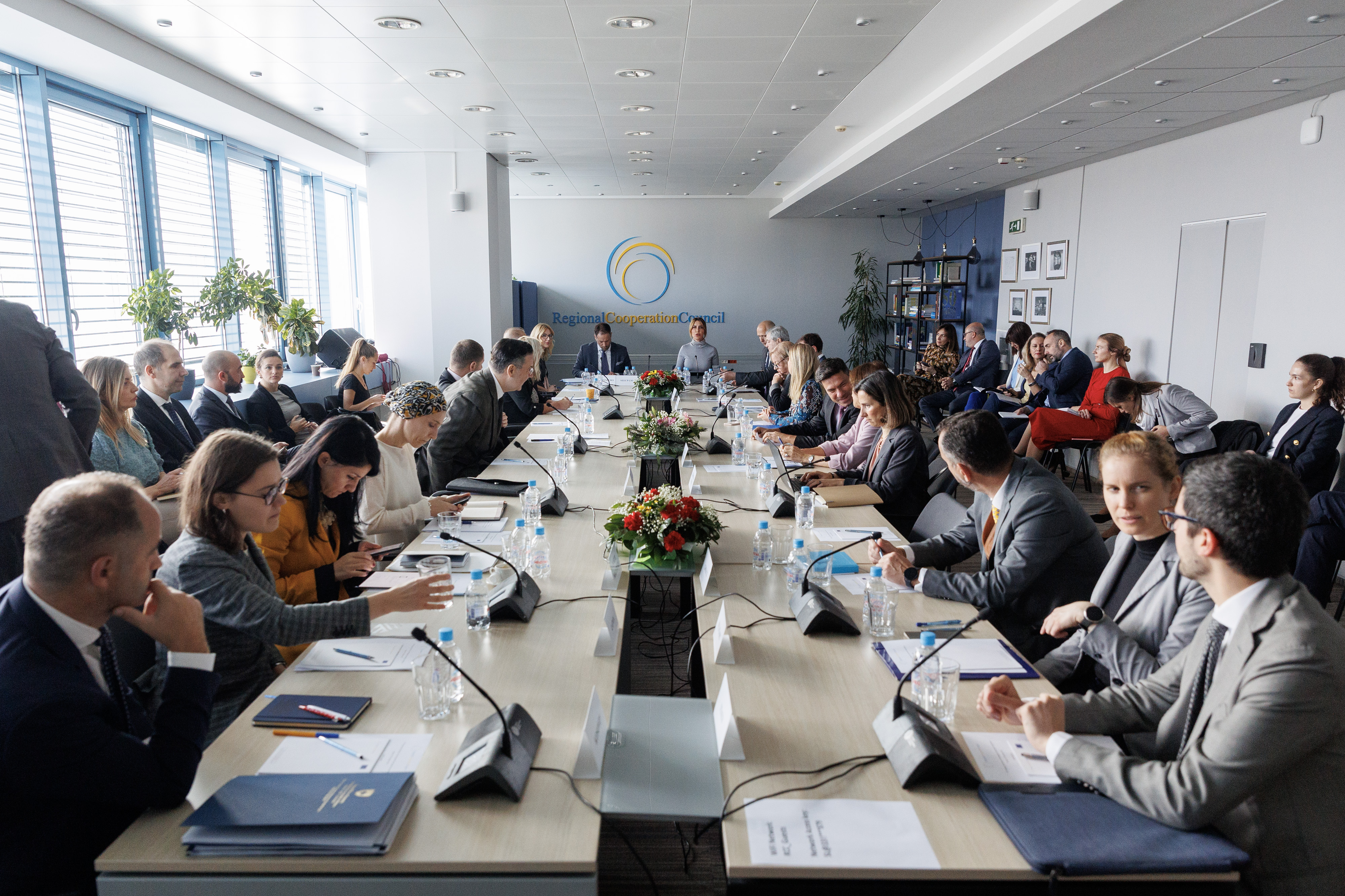 RCC Board adopts the Report of the RCC Secretary General

Sarajevo – Opening the 47th meeting of the Regional Cooperation Council (RCC) Board in Sarajevo today, the RCC Secretary General, Majlinda Bregu, shared very positive outcomes of regional cooperation presented in the last couple of weeks during the Berlin Process Summit and related meetings.

“Re-launch of Berlin Process and the three signed mobility agreements don’t only come as good news, but also as an incentive at a critical moment in time to rekindle our drive and commitment as never before. Previous month was nothing less than a historical one. Regional triumphant metrics of hundreds of trucks using green lanes to deliver food and medicine and increased roaming traffic by hundreds of percent will soon by joined by a larger regional mobile labour pool and new professional and academic opportunities. All this with the aim of regional connectivity and togetherness,” said Bregu.

Furthermore, the RCC Secretary General informed the Board participants of the results of the European Commission initiated regular audit of the EC-funded activities, which fund zero irregularities. It was a thorough expenditure and system audit, including the RCC-implemented projects, covering the period from 1 January 2019 to 31 December 2021, examining the effectiveness of RCC Internal Control System, and if funding provided by the European Commission is being used in conformity with the applicable Contractual Conditions. “In a nutshell, RCC has a sound Internal Control System and has so far passed all audit checks,” said Bregu. The Board participants welcomed the information.

“As said before, the work is still not done. Within the context of the developing crisis, us delivering results is crucial. We must convey solutions on many important commitments within Common Regional Market (CRM), Green Agenda for the Western Balkans (GAWB) and SEE 2030 Strategy. The unravelling situation is alarming, so our response must be equally decisive and resolute,” concluded Bregu.