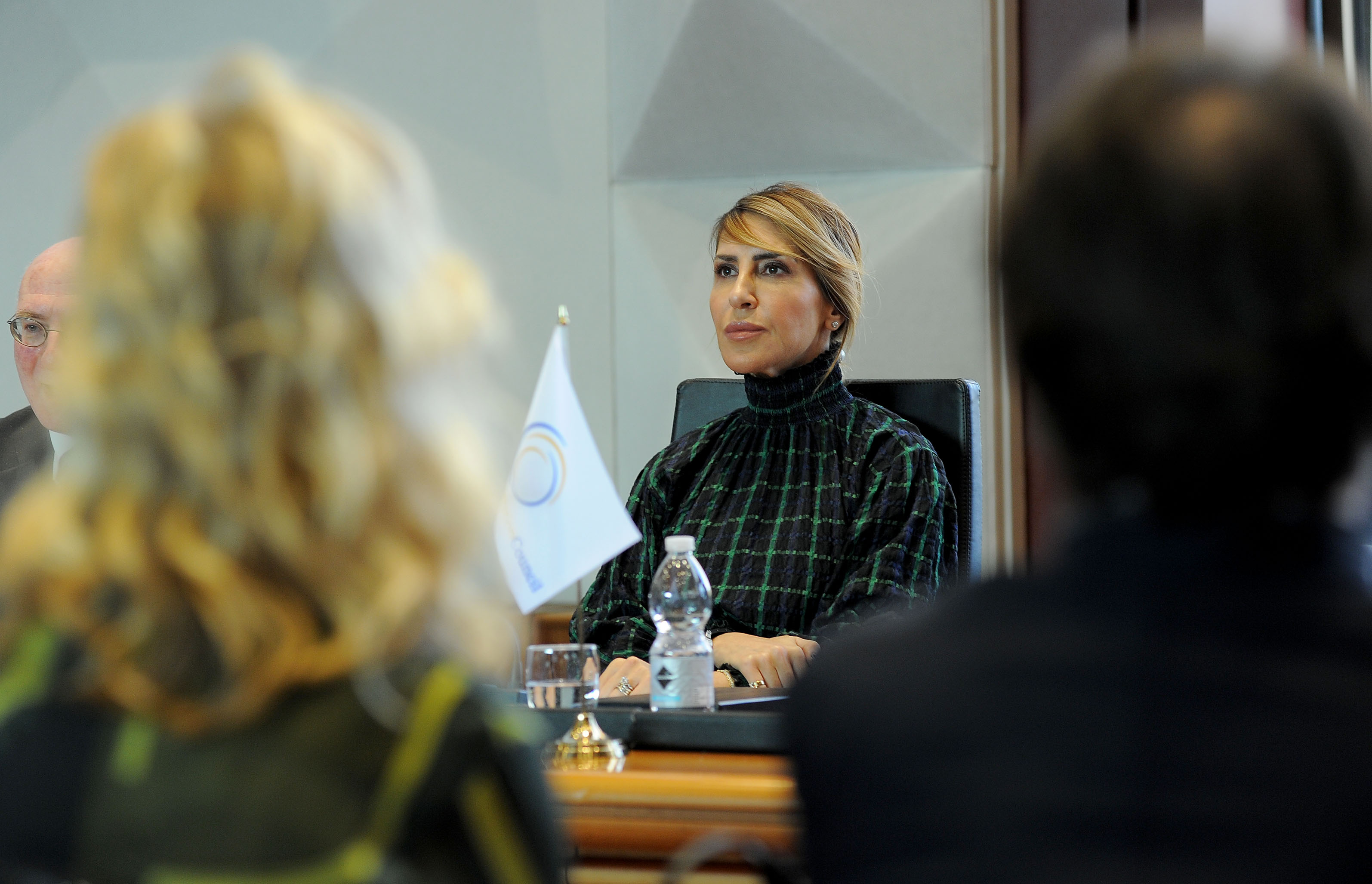 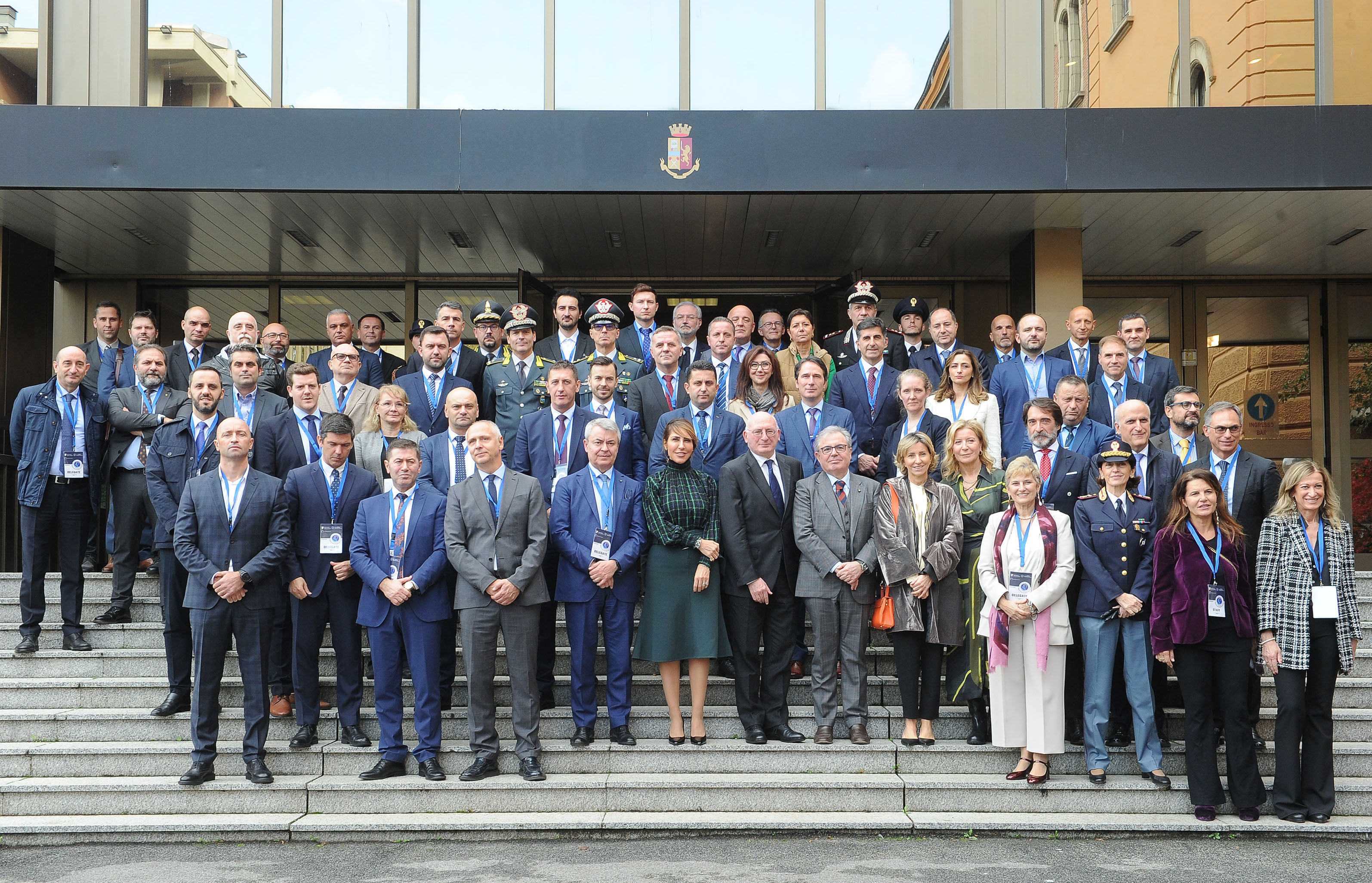 7th Annual Jumbo Security Conference organised by the RCC in cooperation with the Italian Ministry of Interior and the Ministry of Foreign Affairs and International Cooperation and held 17-18 November 2022 (Photo: RCC/Mario Sayadi)

Rome/Sarajevo – “The EU and the Western Balkans share many evolving, borderless security threats, from radicalisation, violent extremism, and return of Foreign Terrorist Fighters to irregular migration, organised crime, corruption, disinformation and cyber-attacks. Such joint priorities have been re-validated by the war in Ukraine by also making clear the important role of the Western Balkans in maintaining peace and stability of Europe’s eastern borders,” said Secretary General of the Regional Cooperation Council (RCC), Majlinda Bregu yesterday at the opening of the 7th Annual Jumbo Security Conference, taking place on 17-18 November in Rome.

Mr. Gambacurta, Deputy Director of Public Security in charge of Coordination and Planning of Police Forces, as well as Vincenzo Celeste, General Director for Europe and International Trade Policy at the Italian Ministry of Foreign Affairs, joined the RCC Secretary General in the opening remarks. The Conference was organised by the RCC in cooperation with the Italian Ministry of Interior and the Ministry of Foreign Affairs and International Cooperation.

“Two in three Western Balkan citizens believe that the war in Ukraine poses a risk to their own economy. When asked about the most worrisome effect of the war they single out the economic downturn (77.3%) and food and gas security (62.6%) as their top concern. An overwhelming percentage of WB citizens, 85.6% believe that the war in Ukraine makes it more urgent to invest in renewable energy. And last, but not least, a majority of Western Balkan respondents, 78% are worried about the increased flow of various fake news, disinformation, semi-information, and propaganda activities. At the same time, 82.9% of people in the WB agree that regional cooperation can help their economies to better economic resilience in responding to the negative consequences of the war. This is why all these major concerns are not only on the agenda of this year's Jumbo Security Conference but will continue taking a special place on RCC’s agenda in the near future,” concluded Bregu.

The Annual Jumbo Security Conference is increasingly focusing the attention of regional and international security actors in our region and is also helping to establish crucial links for coordination and streamlining of security cooperation efforts. The main objective of this 7th edition of the event is aimed at addressing and mapping out the main security trends which arose (or will be in the near future) from the current regional and European uncertainties and which will shape the future of Western Balkans and EU security.

The two-day conference has been divided into five thematic sessions: Session 1: Critical events management: Energy Security in the Western Balkans; Session 2: Radicalisation, violent extremism and terrorism; Session 3: Transnational organised crime in the international crisis scenarios; Session 4: Cooperation, achievements, and challenges in the fight against irregular migration in the Western Balkans; and Session 5: Cybercrime: Protection of critical infrastructures. It brought together close to 100 security practitioners from the region, representatives of EU institutions and bodies, representatives of law enforcement institutions, relevant organisations, and CSOs.

RCC Jumbo Security Conference stands for the largest gathering of all regional security practitioners, organisations, and networks dealing with security issues in South East Europe and the Western Balkans, in particular. It has evolved over the years from PCVE/CT platform to all-encompassing event that brings together major partners of the RCC such are UNDP/SEESAC, MARRI, IISG, DPPI, OBCT, and RAI.