Role of Western Balkan parliaments in EU accession to be debated in Sarajevo, under RCC and EC auspices 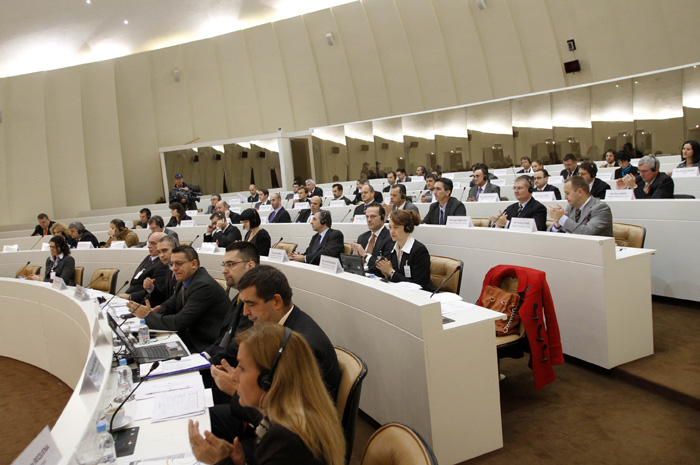 SARAJEVO – Role of national parliaments in Western Balkans and Turkey in negotiations for EU accession will be discussed at a meeting hosted by the Regional Cooperation Council (RCC) Secretariat in Sarajevo, on 17-18 March.

The event, co-organized with the European Commission’s Enlargement Directorate-General, is prepared under the framework of the European Union’s Instrument for Pre-Accession Assistance (IPA) Multi-Beneficiary (MB) Sector Working Group on Public Administration and Governance.

The main goal of the meeting is to create a platform for development of a regional project to be funded through the IPA MB.

Opening addresses will be delivered by Jelica Minic, Deputy RCC Secretary General, and Pascal Herry, from the Regional Programmes Unit of the Directorate-General for Enlargement, European Commission.

The regional meeting will gather secretary generals and chairpersons of the committees for European integration of national parliaments from Western Balkans and , as well as representatives of relevant international organisations and other stakeholders.

RCC Secretariat’s coordination and facilitation of regional parliamentary cooperation is a priority activity of the RCC Strategy and Work Programme 2011-2013.