Seminar on freedom, independence and sustainability of public service media in South East Europe to open in Sarajevo on Monday 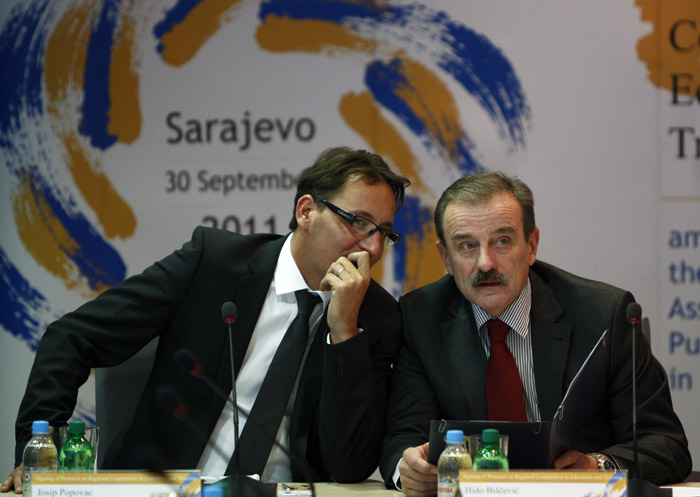 Hido Biščević, RCC Secretary General (right) and Josip Popovac, President, European Association of Public Service Media in South East Europe, at the signing of Protocol on Regional Cooperation in Education and Training among members of the Association, in Sarajevo, BiH, on 30 September 2011. (Photo: RCC/Dado Ruvic)

SARAJEVO, 11 November 2011 – Over 50 participants from the Regional Cooperation Council’s 13 South East European members will discuss independence and sustainability of the region’s public service media in Sarajevo, on Monday, 14 November.

The aim of the conference is to analyze the state of public service media in South East Europe 20 years into the democratic transition, with a view to outline a future course of action in support of their freedom, independence and sustainability.

The seminar has been organized in response to the EC’s Speak Up! Conference on freedom of expression and the media, held in Brussels in May 2011, that dedicated significant space to issues of importance to the public service media.

Journalists are invited to attend the seminar, on Monday, 14 November 2011. It will open at 9.00, and the conclusions will be presented at 17.00, at the premises of the RCC Secretariat, Trg BiH 1/V, 71000 Sarajevo, Bosnia and Herzegovina.