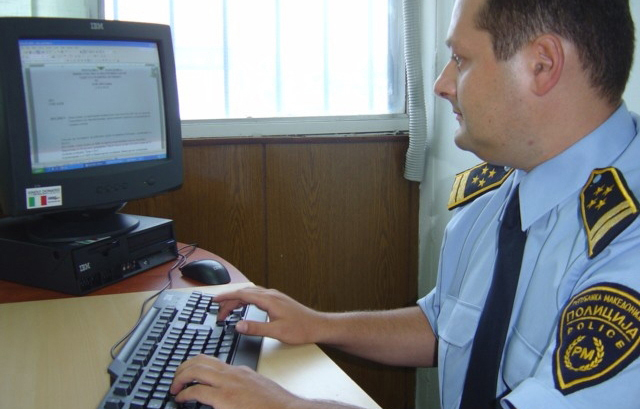 Two regional conventions, on criminal and on civil and commercial matters, were discussed by over 70 South East European experts in justice and home affairs at a meeting held under RCC Secretariat auspices, in Bucharest, Romania, on 29-30 May 2012. (Photo: www.osce.org)

BUCHAREST/SARAJEVO – Two regional conventions, on criminal and on civil and commercial matters, were discussed by over 70 South East European experts in justice and home affairs at a meeting in Bucharest today, held under the auspices of the Regional Cooperation Council (RCC) Secretariat.

The two-day event was co-organized with the Die Deutsche Gesellschaft für Internationale Zusammenarbeit (GIZ) Open Regional Fund for South East Europe – Legal Reform, with support of the Ministries of Justice of Romania, Serbia and Slovenia.

The convention on regional assistance in cooperation in criminal matters is to be designed to regulate a number of legal procedures for issues such as the regional arrest warrant, extradition, victim rights and procedures regarding witness protection. Once adopted, it will replace several bilateral agreements between the countries in South East Europe (SEE).

The second convention, on cooperation in civil and commercial matters, would regulate throughout the region a variety of legal issues referring to labour permits, registration of vehicles and businesses, etc.

“This meeting is a follow up to several important ministerial meetings, organized with the purpose to implement commitments taken on the political level”, said Vojkan Simic, Assistant Minister of Justice of Republic of Serbia, on behalf of the Serbian Chairmanship-in-Office of the South-East European Cooperation Process (SEECP).

“It is an expression of will of the accession countries to fully implement acquis communautaire before the membership.”

Cornel Virgiliu Calinescu, Director in the Ministry of Justice of Romania, emphasized the need to be guided in all the work by mutual trust and best interest of the final recipient of regional cooperation – the citizen.

In his remarks, Virgil Ivan Cucu, Senior Expert on Justice and Home Affairs of the RCC Secretariat, recalled the long path that the region has passed in developing judicial cooperation, expressing hope that the new chapter will provide a more efficient cooperation model that will enable the accession countries to implement advanced EU legal instruments.

“Mutual trust between national authorities and services, the decision-makers and EU judicial agencies is the basis for efficient cooperation. Ensuring trust and finding new ways to increase reliance on and mutual understanding between the different legal systems are the main challenges for the future. Increased attention needs to be paid to a full and effective implementation, enforcement and evaluation of existing cooperation instruments.”

Milos Baltic, GIZ representative, underlined that the meeting is a platform for regional exchange of expertise and a point of creation of potential solutions for daily needs of citizens and the business community across the borders.

“The primary aim of the Civil Law Group is the creation of a multilateral convention enabling cross-border enforcement of civil and commercial decisions in a simple and safe manner.”

The South East European experts in justice and home affairs will continue to work on the finalization of both conventions during this year. The documents are expected to be adopted at the ministerial meeting planned to take place in the course of 2013.

The conference gathered heads of central judicial authorities of the SEE countries, experts within the ministries of justice and of interior, public prosecutors’ offices and magistrate councils, heads of regional organizations and initiatives in SEE active in the area of justice and home affairs, relevant representatives of the SEECP Chairmanship-in-Office as well as professional associations and international experts.

The meeting is part of implementation of the most relevant regional conclusions and recommendations adopted by the Ministers of Justice and Home Affairs of the South East European countries in the Regional Strategic Document 2011-2013.