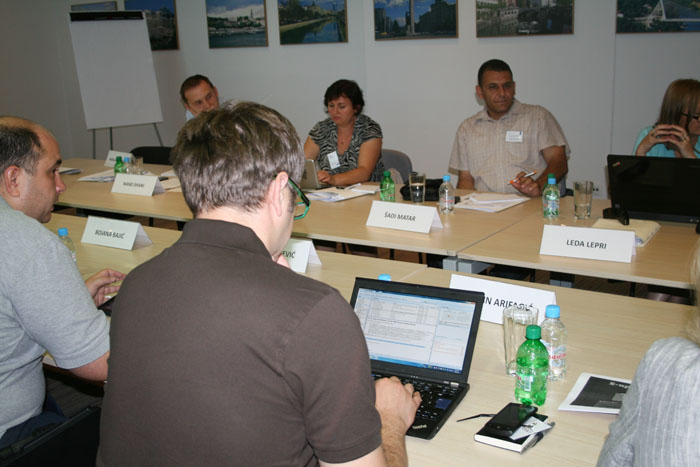 SARAJEVO, 11 July 2012 – A meeting of the electronic-South East Europe (eSEE) initiative ended in Sarajevo today with a conclusion that competitiveness in South East Europe has benefited from investments in information and communication technologies (ICT), which play an important role in jobs creation of every country in the region.

The meeting discussed the status of implementation of the eSEE Agenda Plus, which promotes single, open and competitive ICT market, gives priorities to innovation and investment in research and education, and strives to achieve an inclusive e-Society.

The event was organized by the Regional Cooperation Council (RCC) Secretariat, in cooperation with the United Nations Development Programme (UNDP).

Representatives of the participating countries reported on recent efforts at the national level to implement the eSEE Agenda Plus, focusing on concrete achievements and challenges. The sessions reviewed past work done towards the identification of concrete regional projects in the ICT area and agreed on priority action in the future. They also discussed ways to translate Europe 2020 goals into regional actions in the context of the eSEE Agenda Plus.

“It is a high time for our countries to identify key regional actions that can be jointly implemented towards the completion of the eSEE Agenda Plus”, said Jelica Minić, Deputy RCC Secretary General, in her opening remarks.

“Such actions have to be clear, targeted and provide substantial value added at the regional level. Regional cooperation can help the countries develop ICT infrastructure, improve connectivity and exploit economies of scale for ICT education, financing and services. It can be an important tool for developing in a coordinated manner the necessary legal and regulatory framework to promote an e-society in line with EU rules and regulations.”

In her written address, Nera Monir Divan, Head of the eSEE Secretariat, the UNDP Bosnia and Herzegovina, recalled that more than 1/4 of GDP growth and 1/2 of productivity growth in the EU is accounted for by ICTs[1], while a recent study estimated that when internet penetration rises by 10% in emerging economies, it correlates with a GDP increase of 1-2%[2].”

“Preliminary findings of the UNDP study on e-Accessibility, which is currently being prepared in cooperation with the member governments of the e-SEE Initiative and the RCC Secretariat, reveal that the last two years have seen a 32% region-wide increase in implementation of the e-SEE Agenda Plus[3]. The competitiveness in South East Europe benefited from a recovering macroeconomic framework, investments in ICT infrastructure and education, as well as the launch of legal and institutional reforms.”

The meeting brought together senior policy officials from the ministries in charge of ICT from Albania, Bosnia and Herzegovina, Croatia, Montenegro and Serbia.

It is a follow up to the conclusions of the High Level Conference for Information Society, held in Tirana in November 2011, when South East European governments committed to continue their cooperation towards implementation of the electronic SEE Agenda Plus and a coordinated Information Society in the region.

[1] Oulton, Nicholas, ICT  and Productivity Growth in the UK, Bank of England.

[2] Socio-economic Impact of Internet in Emerging and Developing Economies, The Boston Consulting Group commissioned by Telenor, 2009