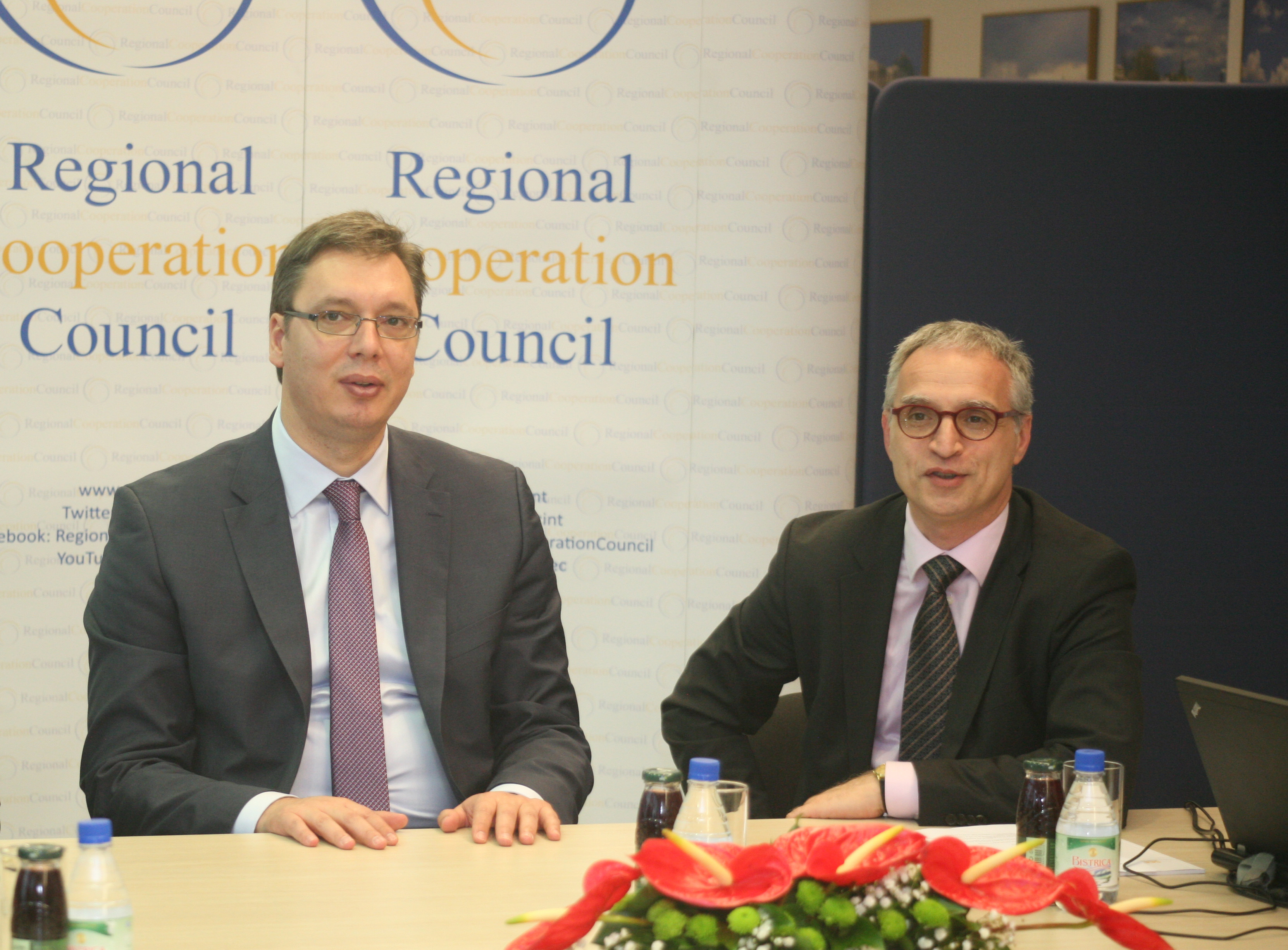 While congratulating Prime Minister Vucic on the appointment and the new mandate of his Government, Secretary General Svilanovic highlighted the importance of the Government’s continued commitment to regional cooperation.

“Serbian Government has shown great courage in tackling very sensitive issues, primarily in terms of fight against corruption, organized crime and recession, while at the same time continually enhancing cooperation in the region. We are certain that the Government headed by Mr Vucic will embark on difficult economic and social reforms which will improve the living conditions of Serbian citizens and lead the country towards the European Union (EU) on the fast track. On this path, Serbian Government can expect full support by the RCC through implementation of regional growth strategy “South East Europe 2020: Jobs and Prosperity in a European Perspective”.

Svilanovic also underlined the importance of cooperation of all countries in the region to tackle region’s largest issue – high unemployment rate, and other detrimental social effects of the economic and financial crisis.

“Busy days and big challenges are ahead of Serbian citizens. I primarily here refer to the crucial economic reforms the present Serbian Government will implement, taking account of the strong support citizens of Serbia voiced during the elections. The process has started. Even in the course of this month, Serbian National Assembly will pass several reform laws the Government prepared.”

Speaking to the RCC Secretary General, Prime Minister Vucic said that strengthening cooperation with the countries of the region remains the top priority of his Government as one of the prerequisites of Serbia’s EU accession.