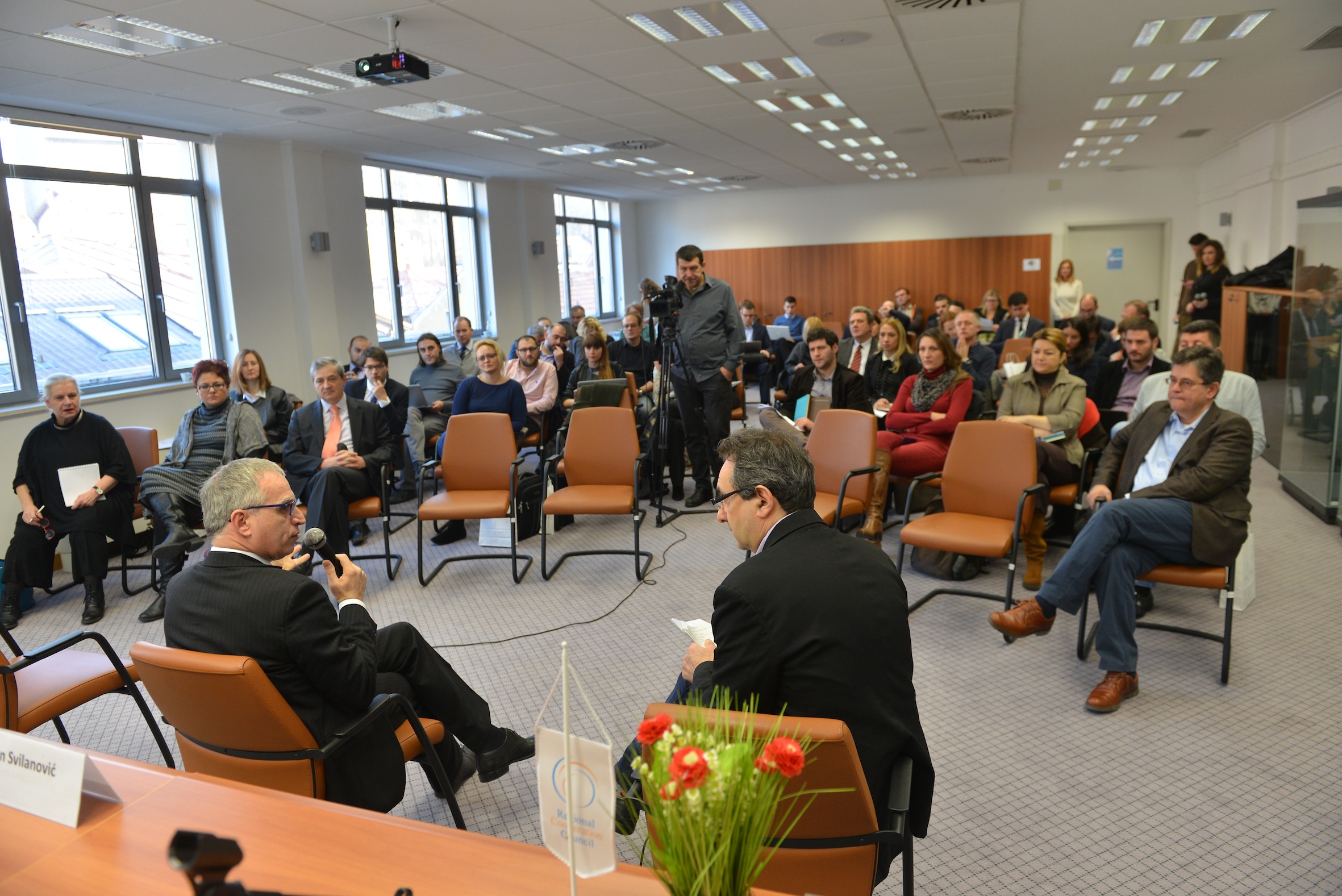 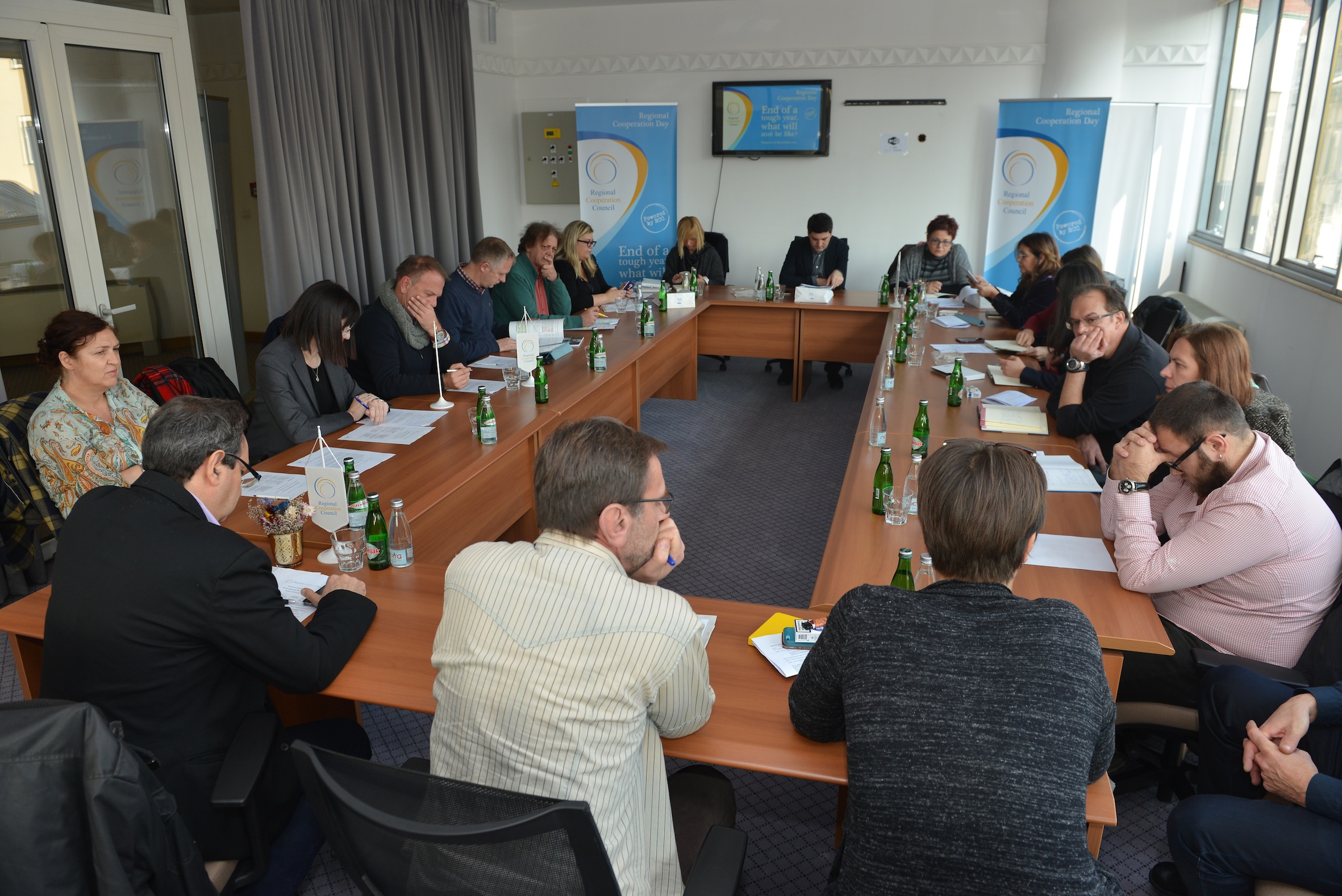 At the conference titled “End of a tough year, what will 2016 be like” different challenges were discussed that are in focus in the region and will be present in 2016, including economic stagnation, migrant/refugee crisis and potential terrorist threats as well as other challenges that present obstacles to the EU accession of Balkan economies.

"This was one of the difficult years in the past decade; and despite   the difficult moments, problems are being resolved with strong support of the EU. Socioeconomic situation in the region is quite poor, the influx of migrants has additionally made the political situation in the region complex, and there are threats of potential terrorist attacks. Therefore, we wanted to discuss and analyse this tough year with representatives of civil sector and journalist from the region, and also to anticipate what the next year will bring along", said Goran Svilanovic, Secretary General of the Regional Cooperation Council, at the opening of the Conference.

Svilanovic pointed out that 2015 also saw some positive things and, as an example, cited the invitation to Montenegro to join NATO, which is a result of reforms in the security sector.

“The good thing is that Kosovo* signed the Stabilisation and Association Agreement, and also that Serbia opened two chapters and is expected to open two more in the negotiations with the EU.”

Svilanovic believes that BiH will submit application for the EU membership very soon, which is a result of political talks launched a year ago.

When it comes to the region, Svilanovic noted that there are three major issues, namely the issue between Kosovo* and Serbia, the issue of the name of The Former Yugoslav Republic of Macedonia and functionality of BiH, but that the three issues are in a way defined and there is an understanding that solutions could be found within the EU integration process.

Berlin process has given a new impetus, but there is a question of its sustainability and what countries from the Balkans can do to speed up the process. The representatives of regional think-tank organisations from civil sector exchanged their experiences and examined various ways and means to create conditions for each regional economy to take part in the right direction.

“Today’s conference is very useful and I am pleased for the opportunity to meet colleagues from the region coming from different sectors. The RCC managed to create a nucleus for a platform of non-governmental organisations in the region dealing with different policies at different levels in the economies of the region”, said Lejla Ramic-Mesihovic, Director of  BiH Foreign Policy Initiative.

Common issues such as the rule of law, fight against corruption and other monopolies existing in the region are a reason for quality cooperation of civil sectors.

“Because of the political madness that took place in the Balkans, all these years we were trying to deal with specific topics and provide that people living on these territories have some concrete benefits from what we do”, said Vuk Maras of MANS NGO from Podgorica.

In addition to the gathering of civil society representatives, journalists from the region also met in Sarajevo to discuss the ways of reporting about regional issues and how to improve mutual and regional cooperation in the field of media. The present journalists pointed out different types of pressures during the migrant/refugee crisis that occurred in the Balkans region this year.

“Disrespecting the code of ethics is a problem throughout the region, and we can do much more in practice and create room for media cooperation. I hope today we will manage to define directions to achieve cooperation with colleagues from the regional economies with the aim of better informing that would enable better cooperation between media in overcoming various pressures”, pointed out Tamara Skrozza, journalist at Vreme weekly magazine and member of Serbian Press Council.

The Regional Cooperation Council is a focal point of regional cooperation in South East Europe and its key role is to generate and harmonise development projects of wider, regional character which will be beneficial to each participant as well as to create favourable political climate for their implementation.