Through cultural heritage to more jobs 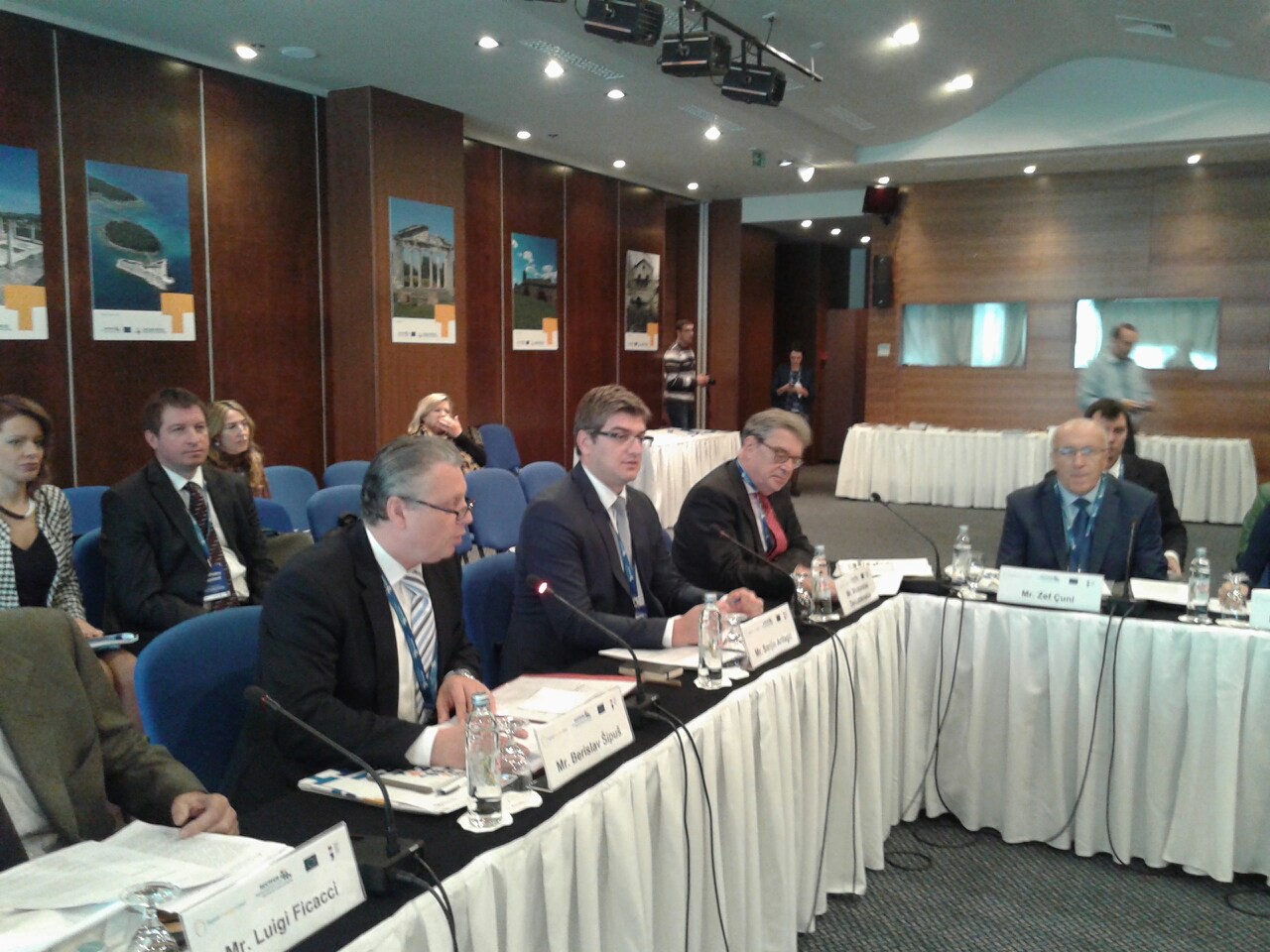 Dubrovnik - The fields of Arts and Culture and the Cultural heritage rehabilitation are more than just “food for the soul”; they can also be a tool for the creation of wealth and crucially, jobs! This is the underlying message of the two day High-level Regional Conference which started in Dubrovnik today.

Co-hosted by the Ministry of Culture of the Republic of Croatia and the Regional Cooperation Council (RCC), the two day event represents a round up of the Ljubljana II process which is being transformed and is now entering a new phase with the Dubrovnik Declaration which was adopted today.

RCC’s South East Europe 2020 Strategy has identified Cultural heritage as having an important role in achieving the Strategy’s goals due to its social and economic impact and a possible major contribution to environmental protection. Cultural heritage has also been recognized as one of the important facilitators of political dialogue and the reconciliation process in the SEE, as well as a contributor to social cohesion.

Speaking today, the SEE 2020 Coordinator, Sanjin Arifagic said that apart from individual government grants, the preservation of heritage has attracted a total of over €4 million of EU financial support. These funds went into more than 30 different projects on 22 cultural monuments or sites. They vary from restoration, conservation, urgent interventions, preliminary investigations and project design to site management plans. More than 40 trainings and workshops in 7 of the Ljubljana Process participants of the region have taken place, involving more than 400 professionals from the wider fields of cultural heritage rehabilitation, producing educational materials as well.

The Dubrovnik Declaration also acknowledged the role of the RCC Task Force on Culture and Society (participating countries, European Commission, Regional Cooperation Council and the Council of Europe) which coordinated the implementation of the Ljubljana Process II – Rehabilitating our Common Heritage and looks forward to a continued role of the RCC TFCS and other regional bodies to strengthen the cooperation and dialogue in the area of culture in SEE.

Speaking about the implementation of the SEE 2020 Strategy, Sanjin Arifagic said that the Cultural and Creative Sectors are among the main dimensions of the Smart Growth Pillar as an important component of knowledge-based economies which possess a substantial capacity for generation of employment and cultural export expansion. In particular, the audio-visual sector and the design industries have been identified as areas in which regional cooperation can bring strong benefits for all participants.

The Dubrovnik Process will promote culture and cultural heritage as a key driver for reconciliation, human development and sustainable economic growth. It will build up culture-aware policies as well as heritage-based revitalisation and sustainable tourism, whilst generating green employment, stimulating local development and fostering creativity. It will promote Cultural and Arts Education as an integral part of quality and sustainable education and also Support civil society organisations to participate in new and innovative forms of cooperation.

Here you can find information for the media released by the RCC and Croatian Ministry of Culture in English and Croatian language.