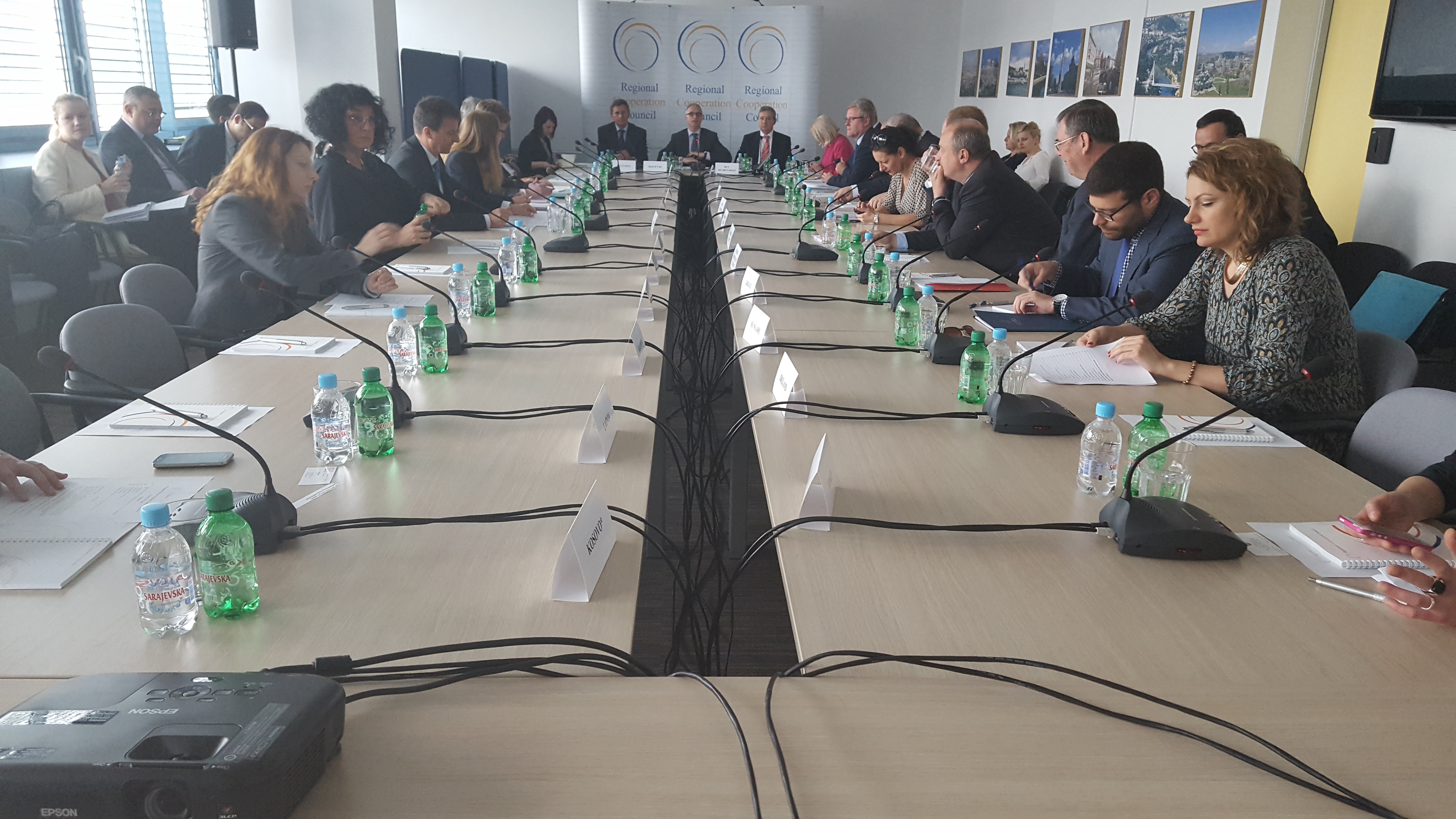 Meeting of the RCC Board, held in Sarajevo on 11 May 2016. (Photo: RCC/Selma Ahatovic-Lihic)

The new three-year Strategy and Work Programme (SWP) of the Regional Cooperation Council (RCC) has been accepted today by the organisation’s Board, at its meeting in Sarajevo. The RCC SWP refers to the period 2017 – 2019, and outlines the organisation’s vision and activities in the future period. The Board also accepted the Annual Report of the Secretary General of the Regional Cooperation Council 2015 – 2016, which has been presented at the meeting.

Both documents, RCC SWP, as well as the Annual Report of the organization, are expected to be endorsed at the RCC Annual Meeting and then approved at the Meeting of Minister of Foreign Affairs of the South-East Europe Cooperation Process (SEECP), and the SEECP Summit, later this month in Bulgaria’s city of Pravets.

“Two weeks remain until the RCC and SEECP high-level events, where participants will review the progress made by the RCC that is reflected in the Annual Report of the RCC, and breathe life into RCC’s vision for 2017-2019,” said Svilanovic.

He added that the “implementation of the current SWP 2014-16 has fundamentally changed the regional cooperation in SEE in the past three years, with the SEE 2020 Strategy being at the heart of these processes. The SWP 2014-2016 allowed the RCC to rethink its approach to implementation and to focus on those areas that yield the greatest impact. This enabled the RCC to steer the process of crafting a regional vision for 2017-2019.”

Information on the Coordination Meeting between the Troika of the South-East European Cooperation Process, the RCC Secretariat and the European Union has been shared with the Board participants, as well as the information on the upcoming high level RCC - SEECP events in Bulgaria.

The third meeting of the Governing Board of the RCC’s South East Europe (SEE) 2020 Strategy will be held on 30 May, in Pravets, Bulgaria, back to back with the organisation’s Annual Meeting. The SEE 2020 Annual Report on Implementation (ARI) will be presented at this meeting, as well as the SEE 2020 programming process and results.