RCC to present the new three-year strategy and work programme at its Annual meeting in Pravets, Bulgaria 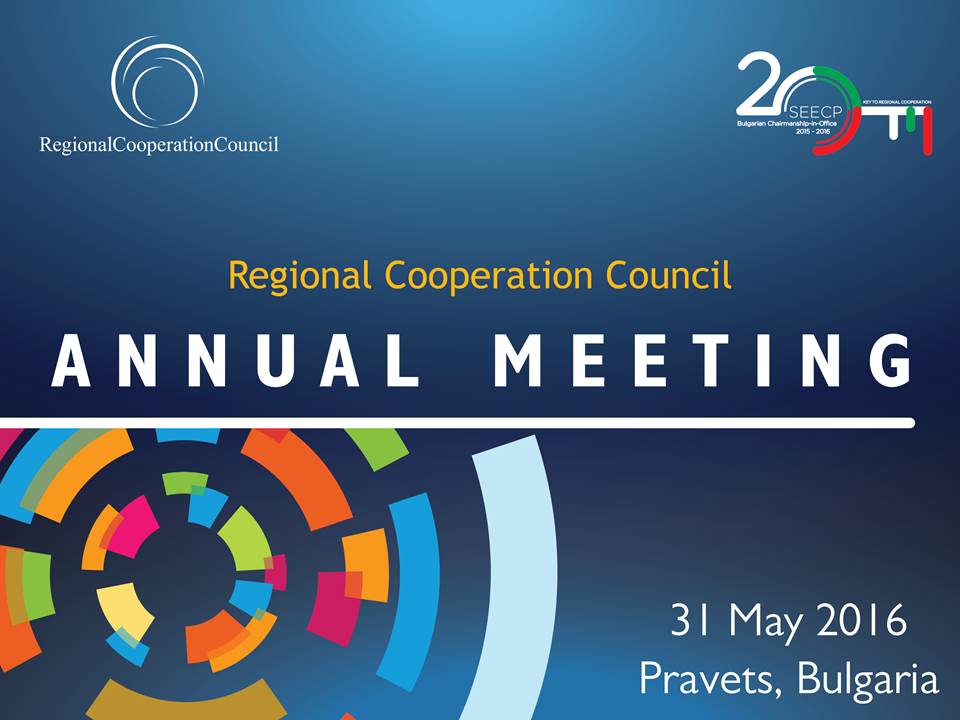 The ninth RCC Annual meeting takes place on 31 May 2016 in Pravets, Bulgaria.

Sarajevo – The new three-year Strategy and Work Programme (SWP) of the Regional Cooperation Council (RCC) will be presented at the ninth Annual meeting of the organisation on 31 May 2016 in Pravets, Bulgaria. The meeting, co-organized with the Bulgarian Chairmanship-in-Office 2015-2016 of the South-East European Cooperation Process (SEECP), is expected to endorse the RCC SWP together with the Annual Report of the RCC Secretary General for 2015-2016.

Introductory remarks will be made by the Minister of Foreign Affairs of Bulgaria and the SEECP Chair-in-Office, Daniel Mitov, and RCC Secretary General, Goran Svilanovic, who are co-chairing the meeting. The RCC Annual Meeting will also hear an exchange of views on the role of regional cooperation as a catalyst for economic growth and stability in South East Europe.

The RCC SWP for 2017 – 2019 outlines the organisation’s vision and activities for this period. Both documents, the RCC SWP and the Annual Report of the organization, are expected to be endorsed at the Meeting of Ministers of Foreign Affairs of the SEECP on 31 May and the SEECP Summit which will take place on 1 June.

The third meeting of the Governing Board of the RCC’s South East Europe (SEE) 2020 Strategy will be held on 30 May also in Pravets. The SEE 2020 Annual Report on Implementation will be presented at this meeting, as well as the SEE 2020 programming process and results.