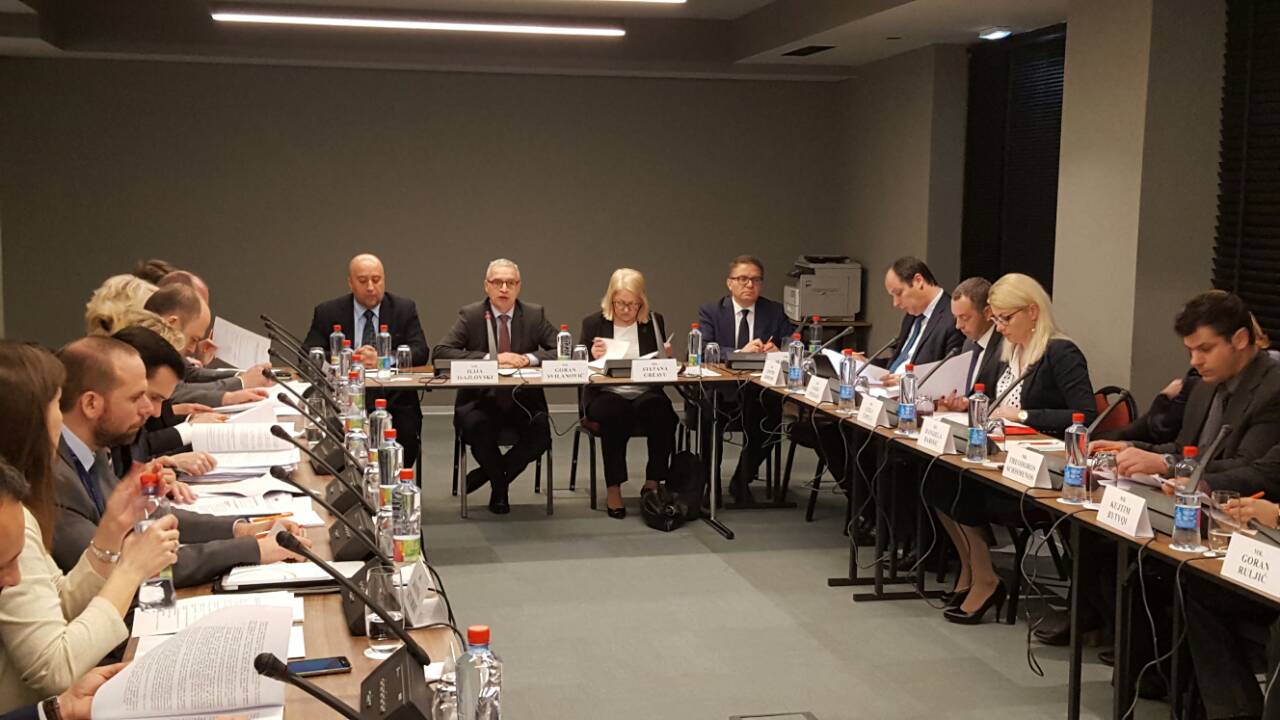 Skopje/Sarajevo – The third regular meeting of the South East Europe (SEE) National Focal Points (NFP) for countering radicalization and violent extremism (CVE) and foreign terrorist fighters (FTF), took place today in Skopje. The meeting has been organized by the Regional Cooperation Council (RCC), with support of the Ministry of Foreign Affairs of The Former Yugoslav Republic of Macedonia.

The meeting evaluated the progress made under the RCC’s SEE Regional CVE-FTF Platform, the website of which will become operational in April 2017. Participants discussed remaining challenges in fight against radicalization, violent extremism, terrorism and foreign terrorist fighters in the region.

Ilija Isajlovski, Deputy Foreign Minister welcomed the participants on behalf of the host, thanking the RCC for organising the meeting, as this regional initiative provided a valuable platform to align policies at regional and national levels in addressing security challenges in SEE.

“Working together by cooperating and coordinating our activities represents an adequate, comprehensive manner to address this world-spread phenomenon that poses a common threat to the entire region. None of the economies in the region is strong enough to counter it by itself so it is encouraging that the governments from the region have realized it and are working together on improving cooperation when it comes to countering violent extremism.”

RCC Secretary General, Goran Svilanovic, joining Deputy Minister Isajlovski in his opening remarks, stressed that despite positive developments in Syria and Iraq the threat of terrorism is far from over.

“On the contrary, terrorism and radicalization continue to pose a security threat to the region and the trend is likely to persist in the coming years”, said Svilanovic adding that for that reason RCC builds up on the progress made so far by setting up fully functional and regionally-driven implementation mechanism but also taking steps to ensure that the CVE-FTF Platform is increasingly relevant in the EU context and enables global interaction with relevant stakeholders.

“Building on the existing momentum and taking into account the new trends in security threats for the region, in the course of 2017 the RCC will shift its focus from the recruitment of FTF to prevention of violent extremism, and dealing with the “returnees” (former FTF).”

The SEE Regional Platform on CVE-FTF strengthens coordination and cooperation on countering radicalization and violent extremism in SEE at both national and regional levels. It is developed by the RCC under the political umbrella of the South East Europe Co-operation Process and works on establishment and development of regional cooperation and coordination, research, raising awareness, prevention, and rehabilitation.