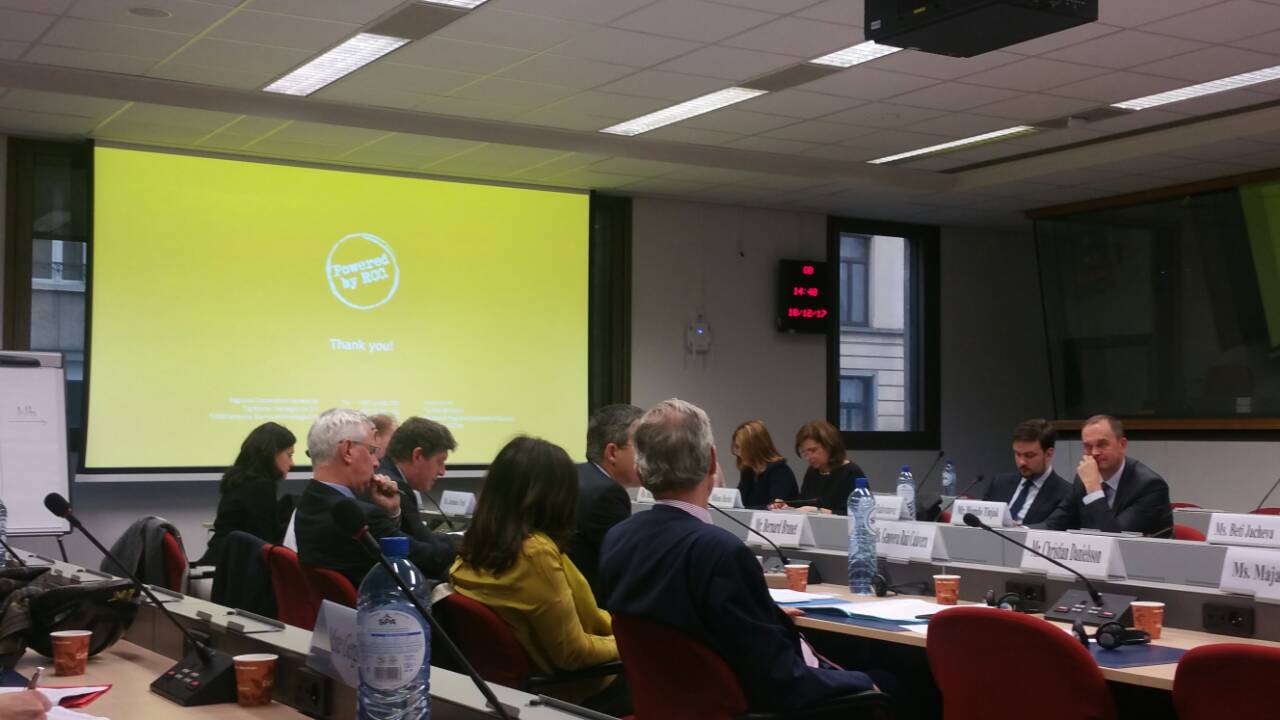 The RCC took part at the meeting of the Berlin process’ Sherpas, organized by the European Commission, on 18 December 2017 in Brussels. (Photo: RCC/Ivana Petricevic)

Brussels – The Secretary General of the Regional Cooperation Council (RCC), Goran Svilanovic, took part at the meeting of the Berlin process’ Sherpas, organized by the European Commission (EC), in Brussels today. The meeting focused on each of the Western Balkans (WB) economies’ reform measures in implementing the Multiannual Actin Plan (MAP) to create a Regional Economic Area in WB and the Transport and Energy Connectivity Reform Measures.

Christian Danielsson, European Commission’s Director-General for European Neighbourhood Policy and Enlargement Negotiations, presented the EU plans for the region, saying that the EC was looking into the spring as “window of opportunity will run for a certain period of time and it should be taken" and added that the EC needed to see the concrete progress, which is essential.

The meeting participants have been introduced with the monitoring reports on MAP REA carried out by RCC as well as those by SEETO and the Energy Community Secretariat. The reports provide an objective picture of the state of the reform processes in each of the WB economy.

RCC’s Svilanovic informed the meeting participants on the implementation MAP REA from the RCC’s end stressing that the organisation has already embarked on the MAP implementation in the areas of digitalisation and mobility by initiating preparations for the Western Balkans Digital summit in 2018 and activities on finding the model for automatic recognition of academic qualifications in the region.

“Our next steps are to continue with organization of an ambitious High-level WB6 Digital Summit, co-organized with EC and the German Federal government; to prepare a clear roadmap on lowering international roaming costs with the EU; to initiate the formal negotiations on the recognition of professional and academic qualifications; to agree upon a joint regional investment promotion including the priority issues in investment pertinent policies and to compile comprehensive inventory of key investment policy barriers and inhibitors.”

Svilanovic concluded that these ambitious goals  cannot be achieved without engagement of all involved, adding that governments from the region, regional and international organisations, business sector, civil society, EC and the RCC needed to work as a team, closely and dedicatedly towards achieving the goals.

Earlier today the RCC SG met UK’s Foreign Office and Commonwealth official Andrew Page who is Western Balkans Summit 2018 Coordinator to discuss the next Berlin Process Summit that is to take place in London next year.

The Berlin Process, initiated back in 2014 with the Conference of Western Balkan States in Berlin, aimed to consolidate the regional efforts and keep the dynamics in EU integration process amidst growing Euroscepticism in the region on one side and enlargement fatigue on the other. It gave a new impetus to the entire regional cooperation process, positioning the Regional Cooperation Council as a central hub for communication both within the region and between the region and the EU. The Summits that followed (in Vienna, 2015; Paris 2016 and finally Trieste 2017) gradually streamlined the role of the RCC to a focused, targeted one that we have today.