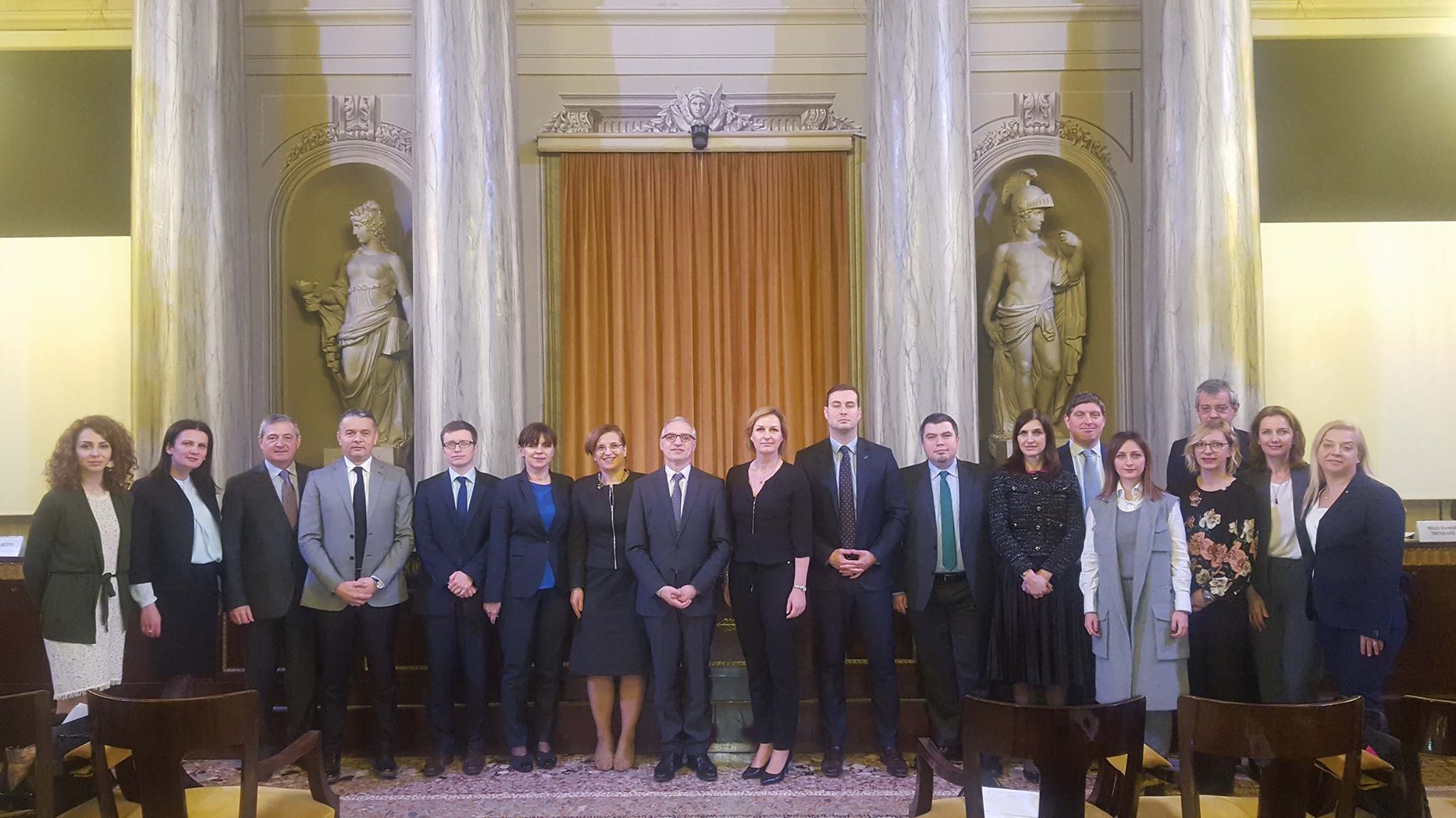 The second meeting of the Coordinators for the RCC’s Multi Action Plan for a Regional Economic Area in the Western Balkans six took place in Trieste on 30 January 2018. (Photo: RCC)

Trieste – The second meeting of the Coordinators for the RCC’s Multi Action Plan (MAP) for a Regional Economic Area (REA) in the Western Balkans six (WB6) took place in Trieste today. The meeting provided an overview on the key developments in MAP implementation in each of the WB6 economies and defined clear deliverables/targets for the Sofia and London Summits this spring/summer.

The MAP Coordinators informed the meeting participants on the key developments and actions implemented, with a clear reference to the MAP actions and objectives, and proposed a list of deliverables per component that have been discussed during the meeting.
The main findings of the draft MAP REA Stocktaking and Need Assessment Report, the concept of the WB Donor Coordination meeting and activities implemented in each MAP component (i.e. Trade, Investment, Mobility and Digital Integration) were also presented at the meeting.
“The first results from the draft MAP REA Stocktaking and Need Assessment Report and the consultations we held in the region’s capitals show variable progress per individual MAP component, with activities in the digital area having a satisfactory tempo and a clear set of realistic deliverables. Those refer to the lowering of international roaming costs; organization of the first Digital WB6 Summit; and integration of WB6 in a number of EU digital frameworks and initiatives,” said RCC Secretary General, Goran Svilanovic, at the opening of the meeting.
“Reforms have to be done at the national level. With the Enlargement strategy out in exactly 1 week, we hope to see commitments on the regional economic area duly integrated. We also hope that the London Summit maintains its clear focus on REA and takes stock of the Trieste MAP REA commitments.”
The meeting concluded that the targets in the mobility and investment components, though achievable, would need stronger political push. Those targets relate to the announcement of the launch of the negotiations on mutual recognition agreement for professional qualifications in two sectors; agreement on the model for fast track recognition of academic diplomas; developing a joint information system on recognition of academic diplomas; agreement on the set of investment-relevant policies which will be part of the regional investment reform agenda. Your push is clearly needed on the trade pillar, but also on mobility: to prepare your negotiation platforms and appoint Lead negotiators and on investments: to proactively put forwards the investment policies subject to reforms and subsequently formalize the reform agenda.
The RCC used the opportunity to inform that its regular annual small grants scheme, this year with a specific focus on actions that directly address the MAP REA commitments, has been published yesterday.
The MAP Coordinators meeting was preceded by the B2G event, organized by WB CIF this morning, aiming to elaborate and valorise the measures envisaged by MAP from the perspective of the regional business leaders.
Digital TransformationCompetitivenessSecretary GeneralHuman Capital