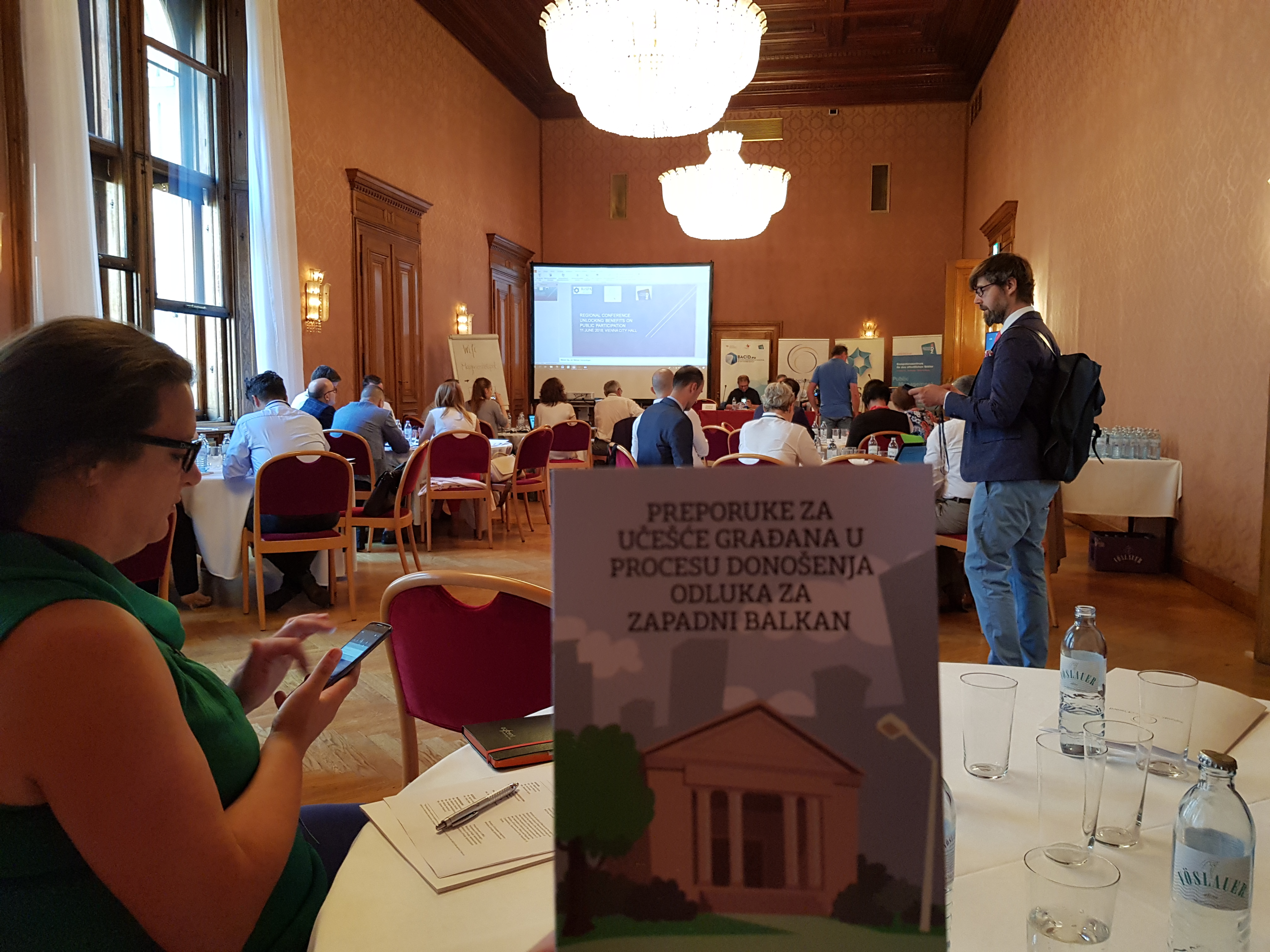 Vienna – In an attempt to increase awareness of regional standards in the field of public participation in policy-making processes in the Western Balkans (WB), the Regional Cooperation Council (RCC) together with the Regional School of Public Administration (ReSPA), and the Centre for Public Administration Research (KDZ) of Austria organised a Regional Conference titled ‘Unlocking Benefits of Public Participation in the Western Balkans’, which was opened in Vienna today.

Opening the event, the Deputy RCC Secretary General, Gazmend Turdiu, said that public participation in policy-making process was crucial as it had concrete practical consequences not only to the region’s European path, but to everyday life of ordinary citizens.

“A great potential of public participation is here, around us and it needs to be unlocked, showing its benefits. It is quite a challenge to motivate citizens to partake in policy-making processes in order to include citizens’ concerns and views. Only in this way, we make all-inclusive policies, making better societies for ourselves and our children. Therefore, we need to be persistent and keep trying. ”

The purpose of the event is also to highlight the significance of the recently adopted Western Balkans Recommendation on Public Participation in achieving Better Regulation. According to the RCC’s public and business opinion survey, Balkan Barometer 2017, 45% of the entire region’s population do not even discuss government's decisions; while 35% discuss them only with people they privately know and outside of a public setting. Only 8% of the Balkans citizens protested, 5% commented the government's decisions on social networks and 3% participated in public debates. As the main reasons for not being actively involved in government decision-making, the following was cited: 47% of people feel that an individual cannot influence decisions made by the government, 24% fear public exposure, and 23% do not care.

Zorana Gajic, ReSPA Programme Manager, spoke about the role of public servants and governmental institutions in the process of public consultations. She said that “channels for consultations with public, during policy-making and legislative processes, have to be open and modern, including on-line platforms that could enable easy communication of public administration with business associations, civil society organisations, academic community and public at large. Governments should ensure the existence of these channels and enable consultations with citizens and businesses.”

The Conference will look into all aspects of public participation, putting in the spotlight the communication tools, and the targeted approach for an effective public campaign to get citizens and businesses engaged in the policy-making process.

"Transparency is the basis for participation and trust. We need Open Government to enable a culture of participation. Systems of budget transparency can be the first step,” said Thomas Prorok, Deputy Managing Director and Head of the CAF at KDZ Austria.

A whole set of multi-lingual public information and awareness raising materials (the Recommendation leaflet, video and brochure) on participation of public in policy-making in the Western Balkans, prepared by the RCC together with ReSPA, aimed at  animating the public to get engaged in these processes, will be presented and distributed at the Conference. These materials are publicly available and free to further share and dissemination.

The Conference brought together heads of units from ministries of justice, ministries in charge of public administration, ministries/governmental offices in charge of European Integration, as well as representatives of Center of Government institutions from all Western Balkans economies.