Sarajevo: Students from BiH universities discuss early signs of radicalisation among youth and its prevention 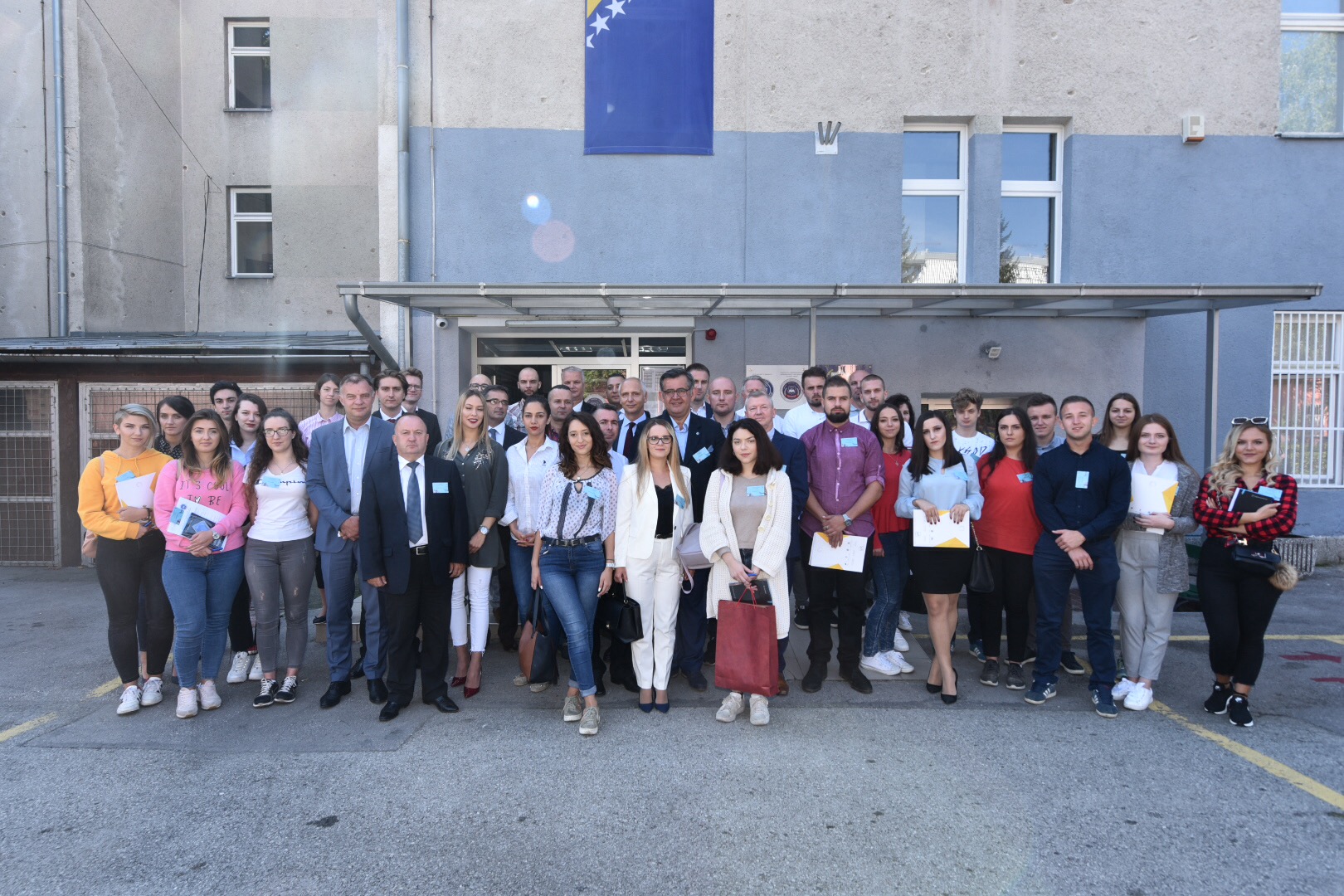 Students from various Bosnia and Herzegovina's universities gather at RCC-organised Workshop, to discuss the early signs of radicalisation in their local communities, in Sarajevo on 18 September 2018. (Photo: RCC/Haris Calkic)

Sarajevo – Close to 50 students from various Universities across Bosnia and Herzegovina gathered in BiH capital today at the one-day Workshop, organised by the Regional Cooperation Council (RCC) at Faculty for Criminalistics, Criminology and Security Studies of University of Sarajevo,  to discuss the early signs of radicalisation in their local communities, vulnerable targeted population, prevailing radicalisation narratives, psychology of religiosity and counter-narratives to radicalisation, (miss)use of freedom of expression for instigating open hatred and intolerance as well as the channels most frequently used for such  activities.

The Worksop has been opened by Samir Rizvo, Assistant Minister at the Ministry of Security of Bosnia and Hercegovina, Amer Kapetanovic, Head of the RCC Political Department, and Nedzad Korajlic, Dean of the Faculty for Criminalistics, Criminology and Security Studies at Sarajevo University.Assistant Minister Rizvo presented the activities of Bosnia and Herzegovina in countering radicalisation and violent extremism, stressing that continuous awareness raising on radicalisation/terrorism and theirs effects is necessary, including the whole society in the process, especially focusing on the youth that appear to be highly vulnerable to this narrative.

RCC’s Kapetanovic reminded about the findings of the RCC-commissioned Study ‘A Waiting Game: Assessing and Responding to the Threat from Returning Foreign Fighters in the Western Balkans’ saying that more than 1.000 men and woman from the Western Balkans, in between 2012-2016, joined terrorist organizations in Syria and Iraq, amongst who were 197 children. According to some estimation 200 of them got killed, 300 returned already, some of them highly traumatized and even ready to continue radicalising others’, the Study finds.

“We need to better understand overall societal context that allows radical narratives to grow. Nothing happens without a strong correlation and we have to comprehend it there where the real life begins – in our local communities! Why would someone, and it could be someone among us, get hooked on the radical narrative so strongly that he/she is tomorrow ready to join the terrorist group or attack people in the street?”, said Kapetanovic.

The Dean Korajlic spoke about the Faculty’s curriculum potential to tackle this occurrence as well as the available legal framework in the society, stipulating terrorism-related activities and joining terrorist fighters as a severe criminal act, noting that having right laws in place had not prevented radicalization, as it had not stopped with institutional coercion and incarceration.

The Workshop is expected to conclude noting that coherent partnership and all-inclusiveness is the only possible way to comprehend and confront challenges of the violent extremism. Participant’s suggestions and recommendation would be used for designing of future regional events on this topic, to be organized by the RCC across the Western Balkans.

The core of the RCC’s work in this area consisted of continuous support to the Regional Platform for Prevention and Countering Violent Extremism and the Foreign Terrorist Fighters in the South East Europe, aiming to enhance political and policy cooperation and coordination at the regional level. This Workshop was organised as a prat of Democratic Control of Armed Forces (DCAF) Programme: Integrative Internal Security Governance (IISG)/ The Western Balkan Counter-Terrorism initiative (WBCTi) supported through European Union’s Instrument for Pre-Accession Assistance (IPA) II 2016, covering Regional Action on Prevention/Countering Violent extremism (P/CVE) in the Western Balkans.