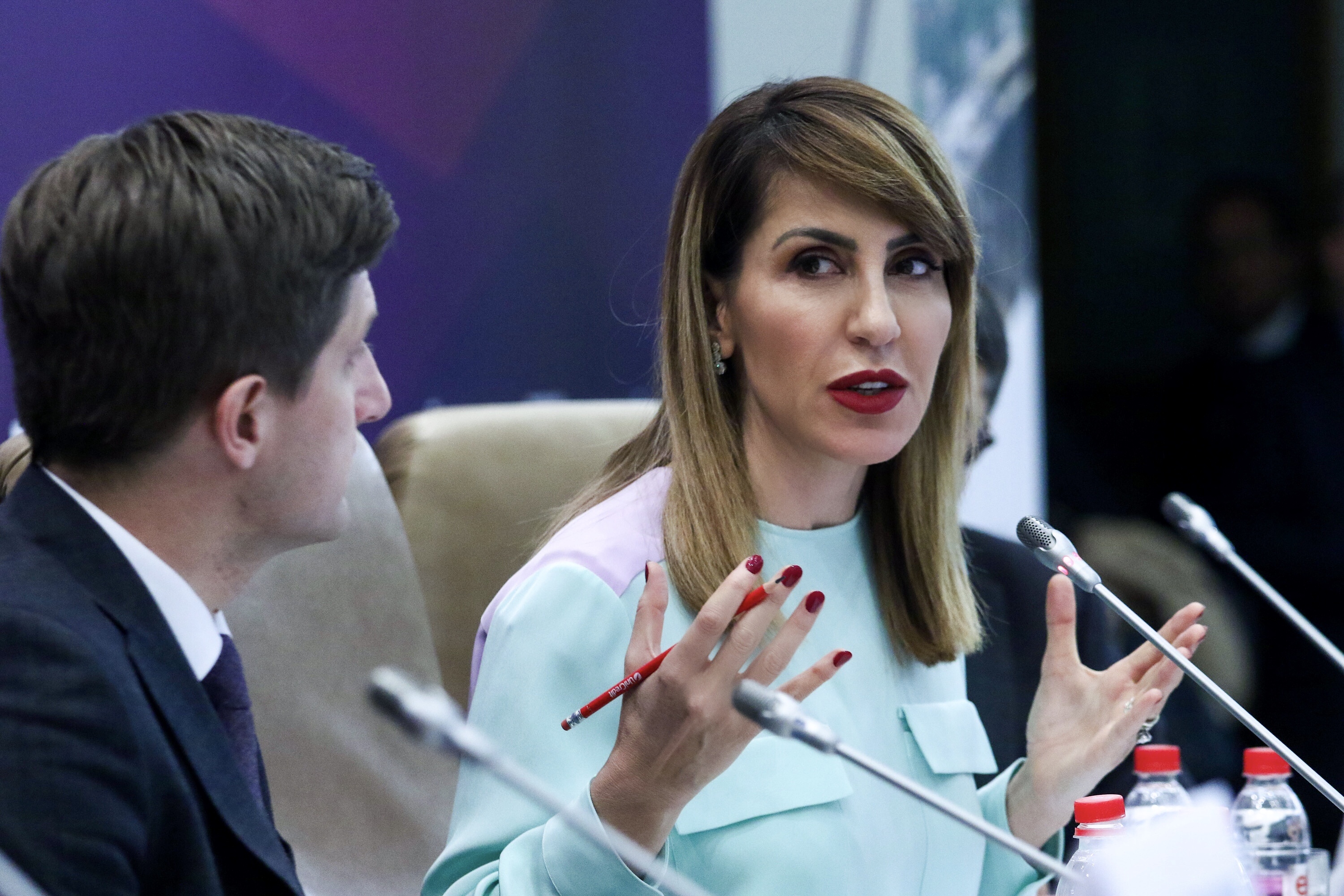 Majlinda Bregu, Secretary General of the Regional Cooperation Council (RCC) at the Annual Meeting and Business Forum of the European Bank for Reconstruction and Development (EBRD) in Sarajevo on 9 May 2019 (Photo: RCC/Armin Durgut)

Sarajevo – “Western Balkan economies are united by need and a sense of emergency and awareness that there is a clear reason why regions come together in the world. Divided we cannot stand, because we are small economies, each one with its own problems. But all together we could be an interesting market. This is why we should be more focused on regional cooperation, as it is a very model for maintaining stability, cooperation and peace in the region“, said Majlinda Bregu, Secretary General of the Regional Cooperation Council (RCC) at the Annual Meeting and Business Forum of the European Bank for Reconstruction and Development (EBRD) in Sarajevo today.

„Supporting this, two figures come up in this years' edition of the RCC's Balkan Barometer opinion survey: for the first time in 4 years 56% of citizens in the region believe that European integration would better their lives - the very first time this figure is exceeding half. But equally important is the number of 70% of those who think that regional cooperation would do it faster. This speaks a lot on the ownership and the need to keep the European narrative alive in the region. We could never stress enough to our citizens that real changes in their lives come from the changes caused by European Integration, EU is transforming our reality, for whatever it has been invested in connectivity, infrastructure, people to people, etc. is due to the EU - it delivers. There are still disputes in the region but EU provides a clear goal and we need to move forward.“

While speaking about economic situation and the current investment climate in the WB Bregu underlined that exports have been increased 142% in the last 10 years, Europe being the first on this list. She added that situation was similar with the foreign investment inflows (FDI), which have been picking up, majority of them coming from the EU.

The series of events organised within the EBRD 2019 Annual Meeting & Business Forum themed "Connecting Economies for Stronger Growth" was held from 7-9 May 2019 in Sarajevo. More details available here.