Kapetanovic: Dislocation of youth from socio-economic trends makes them vulnerable to radicalization 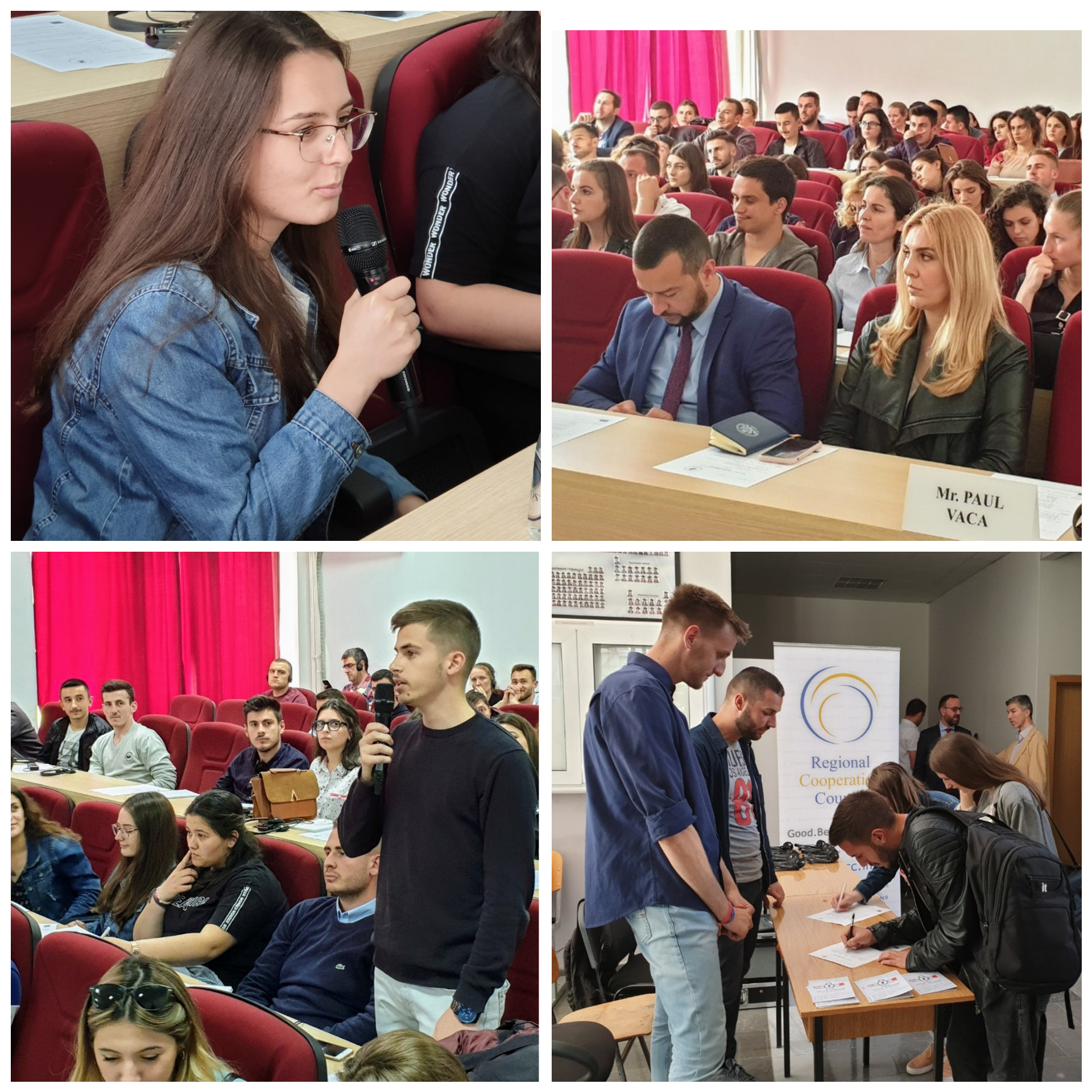 Students engaging in discussion on early signs of radicalisation among youth and how to prevent it at the workshop organized in Pristina on 22 May 2019 (Photo: RCC/Natasa Mitrovic)

Pristina – “The youth are extremely exposed group to various forms of emerging challenges in our region, as more than 20% of them between 16 and 25 years of age have no job, are not involved in training education, and 1 out of 2 want to leave their homeland not believing in betterment of their society”, said Amer Kapetanovic, Head of Regional Cooperation Council’s (RCC) Political department at the workshop devoted to community dialogue with youth at risk, held in Pristina today.

Students participating in the workshop showed readiness to be more included in the whole society approach in dealing with violent extremism and radicalisation. Together with their professors they pinpointed on necessity for upgraded education curricula, which is more up to the level of contemporary challenges in this field such are online radicalisation, fake news and hybrid warfare etc.

“Dislocation of youth from important socio-economic trends makes them particularly vulnerable and prone to every possible radicalization, and that’s why, besides all the invested efforts, local radicalization in the region, primarily among youth continues. To make things even more complex, it is happening even among young people who have never travelled abroad or to already former foreign combat zones, so let us seal the partnership with young people, thus making youth part of the solution not just part of the problem”, said Kapetanovic.

Moreover, the latest RCC’s Balkan Barometer 2019 survey shows that, in general, nearly half of the region’s population is unhappy with the security situation in their economy, which is concerning statistic and a call for action for the region’s governments.

The workshop gathered around 80 participants, including students from Kosovo*, representatives of local communities and national authorities (police, education, social and labour, local non-governmental organisation), experts and representatives of EU Delegation in Pristina, UNDP, IOM, OSCE US Embassy and other  partnering organisations. The participants exchanged views on a number of important topics, focusing on the role of civil society, families, partners, teachers in fighting these newly emerged challenges and the ways to empower them to act but also learned about best EU practices in this domain.

This event was organized by the RCC in partnership with the Office of the Prime Minister and the Coordinator on Prevention of Extremism of Kosovo*. The same topic was also tackled at the RCC-organised workshop in Bosnia and Herzegovina earlier, and the RCC intends to organize a regional event on the same topic at the level of six Western Balkans economies.

The implementation of whole of society approach in prevention of local radicalization and violent extremism as well as rehabilitation, has been defined by all key regional and international stakeholders engaged in P/CVE area as one of key challenges in national strategies and action plans. The recently adopted Joint Action Plan on Counter-Terrorism for the Western Balkans outlines concrete level of ambition and support of the EU to economies in the region in enhancing local communities’ resilience to violent extremism influence, empowering local practitioners to identify and address the early warning signs of VE tendencies and promotion of inclusive and resilient societies 1. To that end Prevent-Refer-Address (P-R-A) Concept of the IISG envisages broad range of measures for awareness raising and capacity building activities at local level, supported by multi-stakeholder cooperation at the state levels.

1This Workshop is funded by the EU and implemented as component part of a DCAF Project/Programme: IISG/WBCTi “IPA II 2016 Regional Action on P/CVE in the Western Balkans”