Bregu: Integration into Regional Economic Area is a win-win for everyone 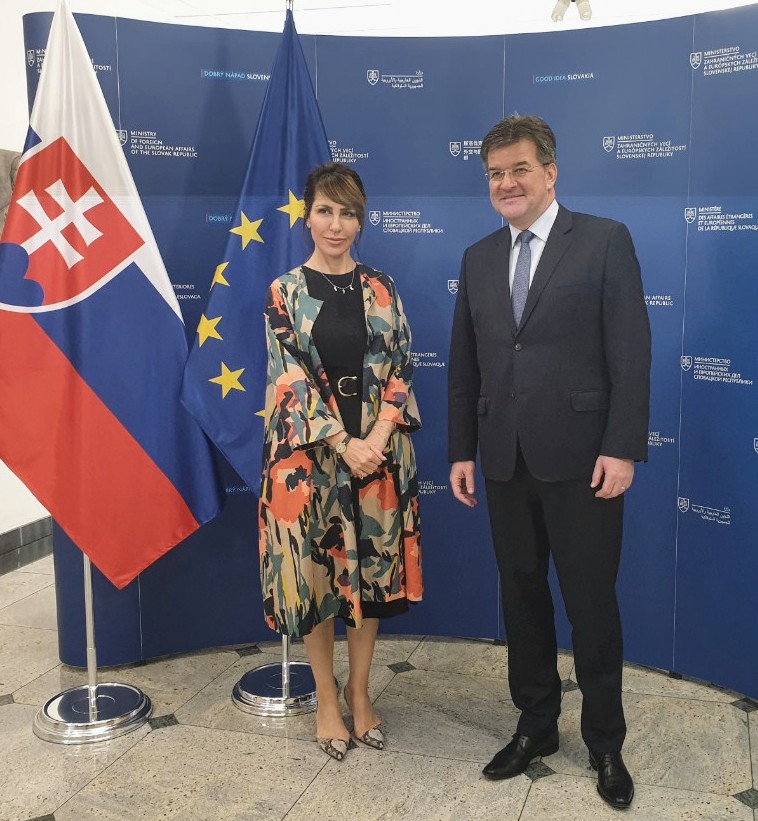 The Secretary General of the Regional Cooperation Council, Majlinda Bregu, met with Minister of Foreign Affairs of the Slovak Republic, Miroslav Lajcak, in Bratislava on 8 June 2019 (Photo: RCC/Amer Kapetanovic)

Bratislava – The Secretary General of the Regional Cooperation Council, Majlinda Bregu, met with Minister of Foreign Affairs of the Slovak Republic, Miroslav Lajcak, in Bratislava today. The two officials discussed the upcoming Western Balkans’ Berlin Process Summit in Poznan in July, in particular the deliverables when it comes to the implementation of the Multi-annual Action Plan for the Regional Economic Area (MAP REA).

“There are real results stemming from regional efforts. Targets for 2020 in employment, education and trade balance have been either met or exceeded. The positive effects have been recognized by regional citizens – the Balkan Barometer survey records a steady rise in people’s satisfaction with the way things are in their economy. Support for regional cooperation and European integration is at an all-time high. The picture is of course far from being rosy, and serious challenges remain. Convergence is still far off, and bilateral issues often threaten to overshadow reform initiatives. Nevertheless, we should not lose sight of good reasons for optimism and continued determination,” added Bregu.

Minister Lajcak expressed strong support to the RCC and its activities, stressing the importance of regional cooperation in EU integration process.

The RCC Secretary General also pointed out to the possible consequences of giving in to the enlargement fatigue and not providing a credible perspective to the WB, which have a real potential to slow down reforms and open space for politicians to instead mobilize their supporters around populism, xenophobia, nationalism and inflammatory rhetoric.

Bregu concluded that regional integration is not an alternative to the EU integration, but a welcome and highly beneficial process in the meantime, which does not absolve the EU of real and credible commitment and enlargement perspective, or the WB economies of fulfilling the acquis requirements.

Meeting with Lajcak is part of the political consultations that the RCC Secretary General is having with RCC Board participants.