RCC launches the next grant call: 750,000 EUR for developing tourism in the Western Balkans 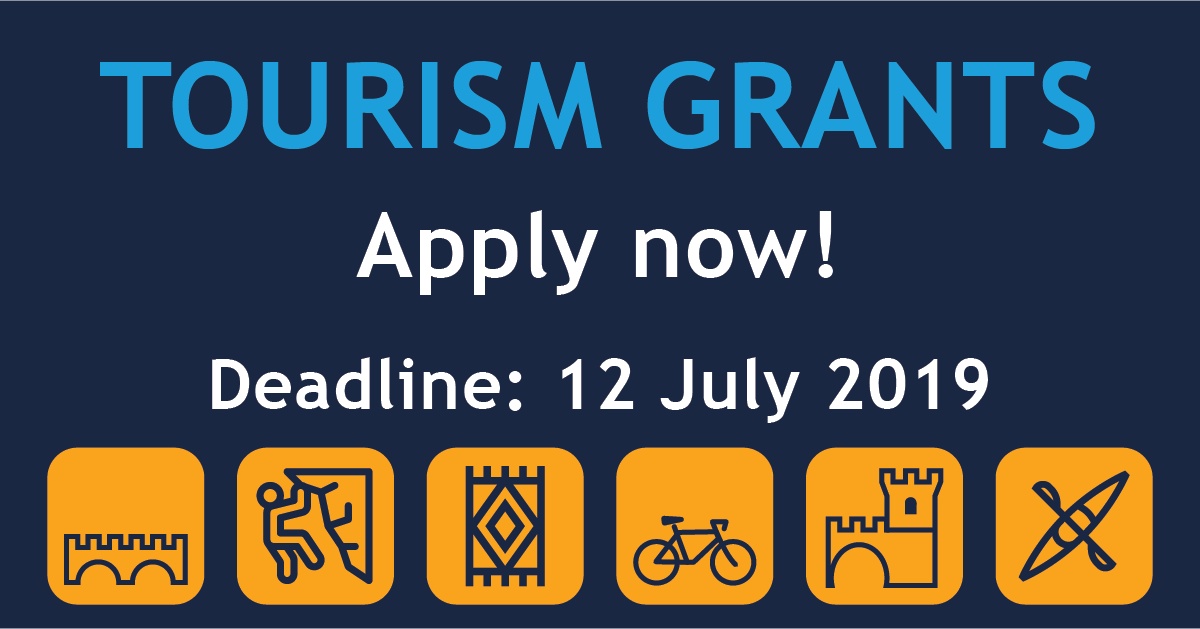 SARAJEVO – The Regional Cooperation Council (RCC), under its Tourism Development and Promotion EU funded project, launched today the second in a row grant call for projects developing the tourism offer in the Western Balkans. While the grants scheme totals EUR 1.62 million, this second tranche is making available EUR 750,000 for the implementation of some 14 pilot projects worth up to EUR 54,000.

The goal of the RCC's grant scheme is to develop and globally promote joint regional cultural and adventure tourism offer, bring more visitors to the Western Balkans, lengthen their stay and increase revenues and employment in tourism industry. Therefore, the grants to be implemented under the 2nd Call for Proposals will be geared towards the improvement of tourism infrastructure and services along three new regional cultural tourism routes now under development: Western Balkans – Crossroads of Civilisations; Illyricum Trail and Balkan Monumental Trail, and along Via and Trans Dinarica, regional hiking and biking routes and their auxiliary adventure tourism attractions.

“The region is stronger together. This is as true for tourism as is for any other fields. The difference is that tourism has an advantage of growing faster than other industries – it already accounts for 14% of employment in the Western Balkans. More than 12 million tourists entered the region last year. This is why we are intensively working on the development of a joint regional tourism offer and further supplementing efforts of the governments specifically in the cultural and adventure tourism niches,” said Majlinda Bregu, RCC Secretary General.

“Our goals are simple. We want to create more attractive tourism offer which will attract more tourists to the region and lead to bigger profits and more people being employed in tourism. While our Tourism Development and Promotion Project works on the big picture, the grant scheme is making it possible for local level governments,  NGOs and development agencies to get involved in tourism and contribute to development of a joint regional offer by implementing actions that will improve the quality of services and tourism infrastructure at the local level.”

To provide sufficient information about the 2nd Call for Proposals to all interested parties, between 12 and 20 June 2019 the RCC will organizes a series of Info Days covering all six Western Balkans Economies.

This is the 2nd Call for Proposals under the RCC’s tourism grants scheme.

The 1st Call for Proposals implemented between July 2018 and June 2019 resulted in the implementation of twelve grants in a total value of EUR 548,000 which led to the creation of preconditions for development of seven new cultural routes in the region, as well as the implementation of actions that upgraded the quality of the adventure tourism offer, specifically along Via Dinarica trail and in equestrian tourism.

The 3rd call for proposal is expected to be launched in September 2019.

Tourism Development and Promotion Project and Grant Scheme in numbers

Portion of the project budget dedicated to grants: EUR 1.62 million

Funds allocated under the 1st Call for Proposals: EUR 548,000 for 12 pilot projects

Funds to be allocated under the 2nd Call for Proposals: cca EUR 750,000 for 14 pilot projects

Funds to be allocated under the 3rd Call for Proposals: cca EUR 322,000 for 6+ pilot projects