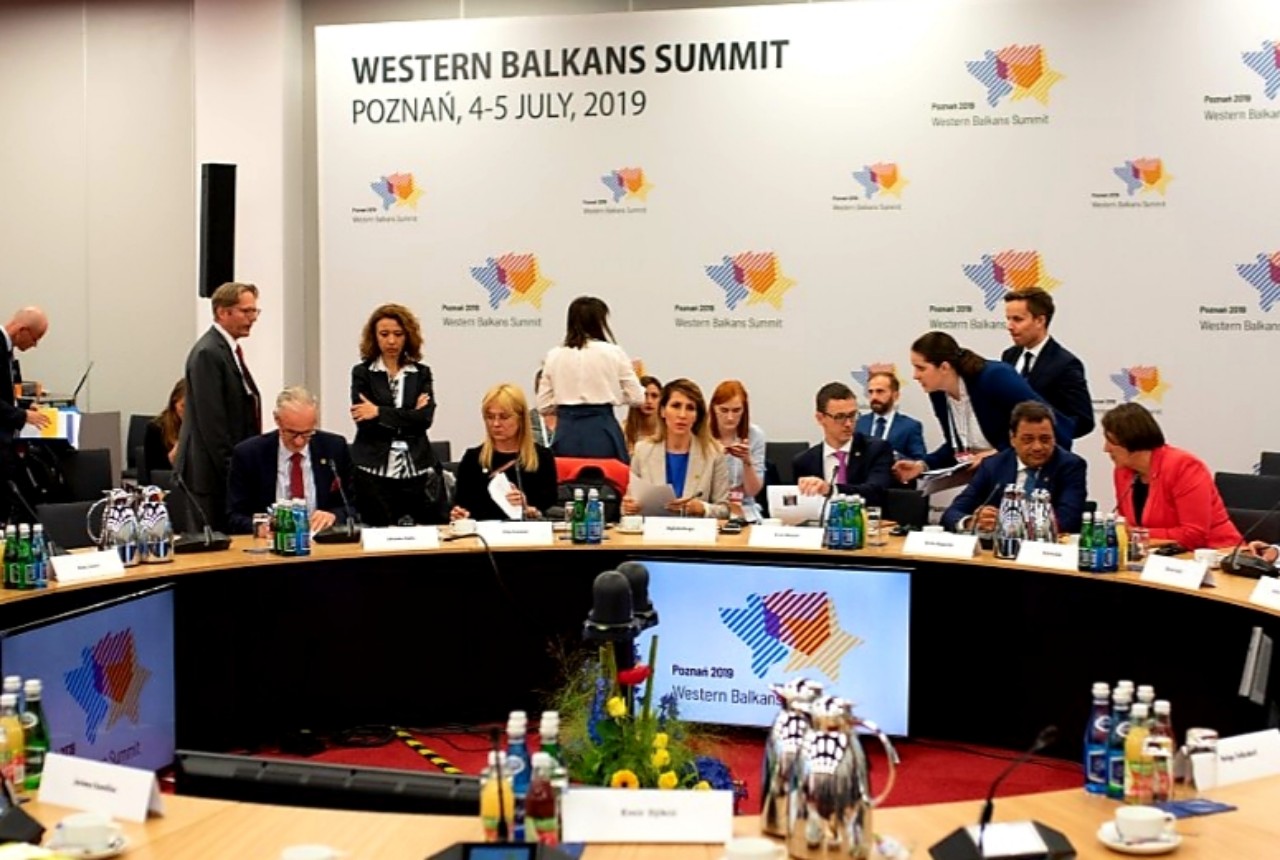 Majlinda Bregu, Secretary General of the RCC spoke about implementation of the Action Plan for Regional Economic Area in the Western Balkans at the region’s Economy Ministers Ministerial session

Poznan – “Two years since the endorsement of Multi-annual Action plan on Regional Economic Area (MAP REA) in Trieste and one year since London our region can show only a mixed track record at best. Western Balkans (WB) did not fully embrace Regional Economic Area (REA) and as a result vast potentials of regional economic integration remain untapped. There are many bilateral disputes in our region that need to be resolved”, said Majlinda Bregu, Secretary General of the Regional Cooperation Council (RCC) in her address at the Western Balkan’s Ministerial panel discussing progress achieved in the MAP REA implementation, in Poznan, within the 2019 WB Summit.

“The situation calls for radical intensification of efforts, genuine regional ownership and political commitment that goes beyond political sensitivities and interests. All this with the aim to bring prosperity to our citizens and to reduce the wide convergence gap with the EU, which is a source of daunting brain drain and fuels the thinning of our human capital base”, said Bregu further stressing that there are two very important aspects contributing to more robust and prosperous regional economic area: Social dimension of REA- to ensure inclusion, equality, including gender equality and women economic empowerment, human capital development and a socially fair transition, closely aligned with the European Pillar of Social Rights: and adding a “local” dimension to it - through closer engagement of local authorities, as the immediate locus of service delivery to the citizens.

“As for the expectations from the European Union (EU), the region’s citizens need reassurances from them as well, supporting their increasing trust in the EU integration, by rewarding the efforts and results, giving more incentive to both individual economies and the region as a whole”, concluded Bregu.