Bregu: There Is No Other Way to Build the Common European Future of the Region than the consolidation of Rule of Law - It’s All about Justice 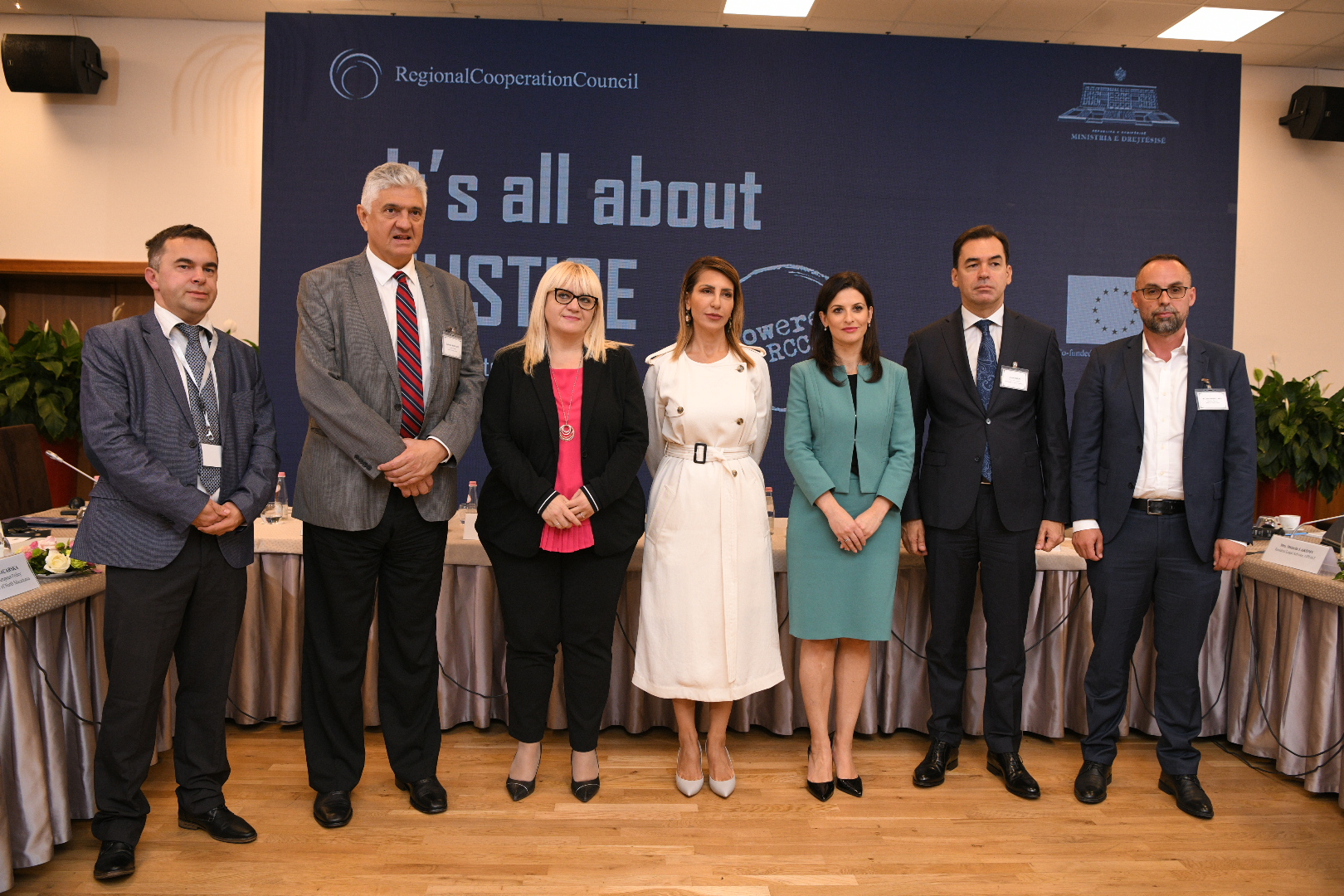 Participants of the High Level Regional Conference “It’s all about Justice”, on 4 October 2019, in Tirana. (Photo: RCC Armand Habazaj)

Tirana – “Albania and Northern Macedonia are eagerly awaiting mid-October's decision on opening of the EU negotiations, which reflects on the entire region, as a necessity to maintain the reforms under way and take the next step in the European integration process. So, it is not a coincidence that this meeting is taking place in Tirana today, for the same reason the next justice ministerial is to take place in Skopje. Rule of Law in fundamental for all of us, and not just in terms EU integration, and independent, accountable and effective judiciary is vital for it”, said Majlinda Bregu, Secretary General of the Regional Cooperation Council (RCC), while opening the High-Level Conference “It’s all about Justice” in Tirana today.

“RCC’s Balkan Barometer 2019 shows that 56% of the region's citizens support EU membership. And if majority of the believe that their lives will change for the better when they become an EU member, 75% of them are unhappy with the delivery of justice and think that judiciary is corrupt. 59% believe that laws are implemented ineffectively; and 70% think that laws are implemented unequally. So people are wisely recognizing the reality.
This is what Western Balkans citizens expect of their governments – Rule of Law - reforming the judicial systems into independent, accountable, effective and reliable ones. This is how we make our economies strong, resilient, growing, and safe - a place where people want to stay and not dream of leaving. Youth especially - to secure them a dignified opportunity to pursue their lives and careers here, in their societies.  So, it's all about justice.
I do not know how long it will take us to get there. The past is still part of the present, the present looks bleak the future is under construction. But I know that there is no other way to build the common European future of the region than the consolidation of rule of law”, concluded Bregu.
Beside Ms Bregu, Prime Minister of Albania, Edi Rama, Albanian Ministers of Justice, Etilda Gjonaj, and EU Ambassador to Albania, Luigi Soreca, addressed the participants in the opening session agreeing that the timing was ideal to discuss the pressing issues of the regional judiciaries, define next steps towards the needed reforms and meeting the EU requirements, as well as strengthening regional cooperation as tool to make the reform processes easier for all economies.
The Conference, organised by the RCC in cooperation with the Albanian Ministry of Justice brought together Western Balkan’s ministers, high level officials and experts in the area of rule of law.
COVER FOOTAGE FROM THE CONFERENCE
Secretary GeneralJustice and Home affairsPoliticalRule of Law and Good Governance