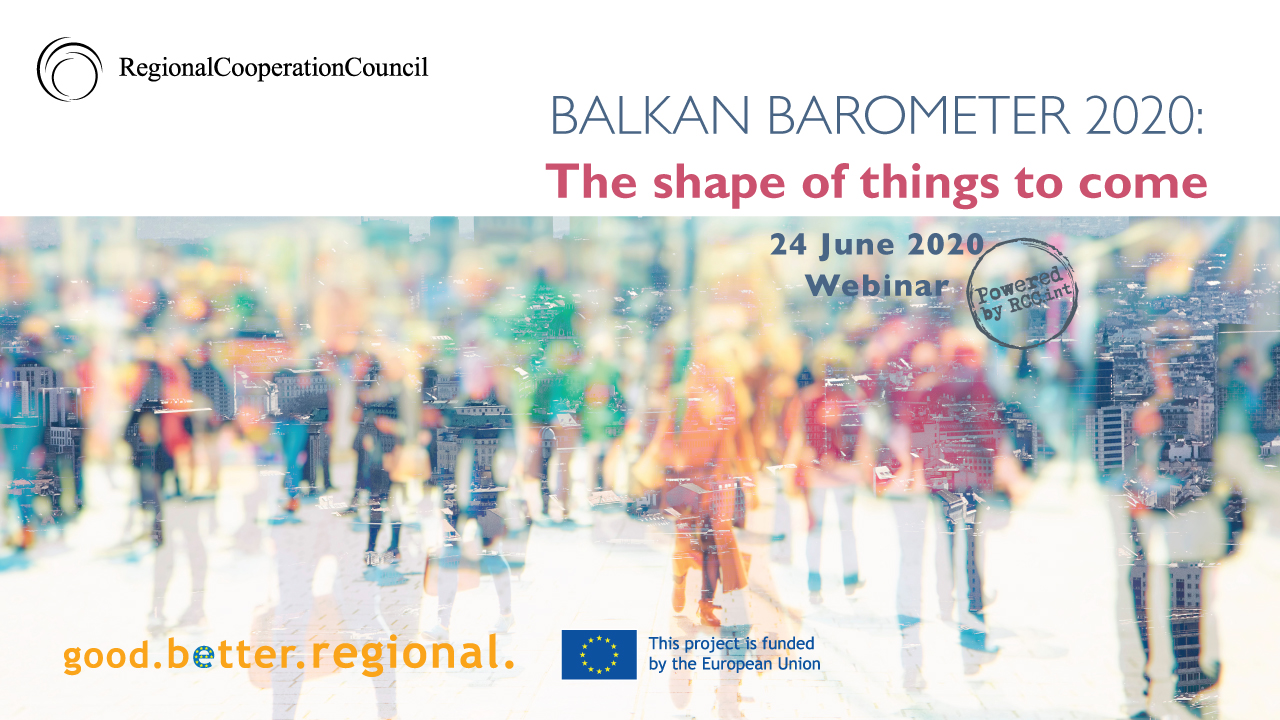 Sarajevo – The Regional Cooperation Council (RCC) will present 2020 edition of Balkan Barometer on Wednesday 24 June 2020. This annual public and business opinion survey of the RCC examines the perception and expectations on life and work, prevalent socio-economic and political trends & regional and European integration in the Western Balkan. The 2020 edition presents for the first time the perception and sentiments on COVID19 pandemic Impact Assessment.

Brain drain is becoming ever bigger concern for our citizens – in 2015 0% worried about it, now it’s up to 20%! Regional cooperation grows on importance – 77% of Western Balkans citizens think so; and so does support for EU integration - 59% think that EU membership is a good thing (20% more than in 2015). Moreover, over one third of WB citizens report spending less on phone bills since the Regional Roaming Agreements entered force a year ago. 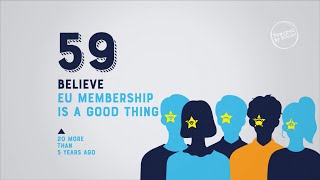 This, and many more data, including opinions of our citizens and business on jobs, economy, recovery in regard to the COVID 19 pandemic and lockdowns, will be presented at the webinar on 24 June, which will be live streamed on RCC Facebook and YouTube Channels.

The introductory remarks at the webinar will be delivered by:

Introductory remarks will be followed by a panel discussion on the findings of Balkan Barometer 2020 and its Covid-19 edition. The panellists will be: Nikola Dimitrov, Minister of Foreign Affairs Republic of North Macedonia; Gent Cakaj, Acting Minister for Europe and Foreign Affairs of Albania; Genoveva Ruiz Calavera, Directorate-General for Neighbourhood and Enlargement Negotiations, European Commission; and Marko Cadez, President of the Managing Board Western Balkan Chamber Investment Forum. The discussion will be moderated by Majlinda Bregu, the RCC’s Secretary General and Deputy Secretary General, Tanja Miscevic.

Balkan barometer is financed by the European Union. The 2020 edition of the Balkan Barometer represents the next chapter in the steady evolution of the region’s foremost survey of public and business opinion. Launched as an attempt to measure impact of regional actions implemented under the South East Europe (SEE) 2020 Strategy, the Barometer is now firmly established as a reliable source of regional data widely employed and referenced by media, business, civil society and decision makers alike.