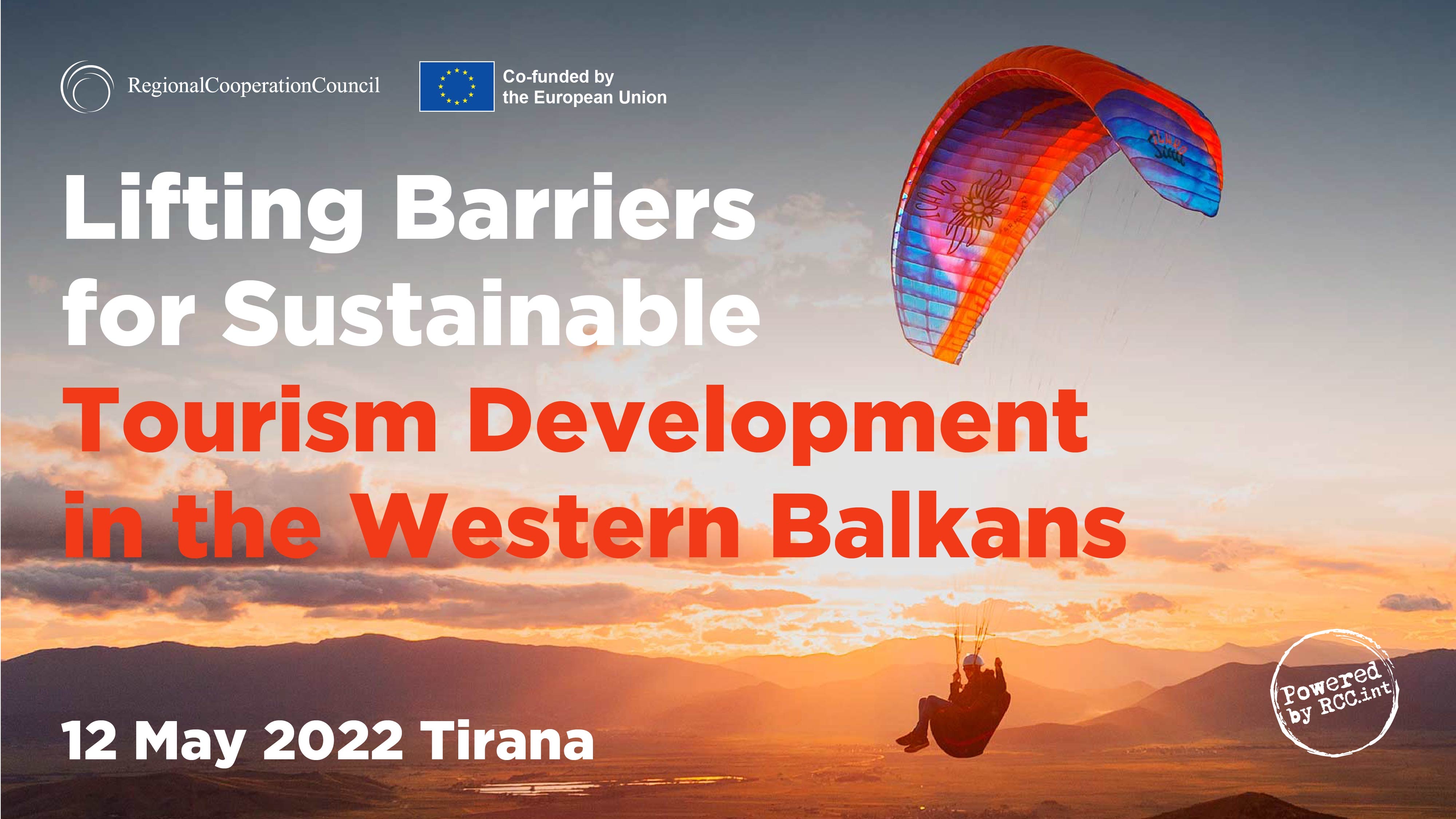 Tirana – The Regional Cooperation Council (RCC) is organising a ministerial conference on tourism development in the Western Balkans, on 12 May 2022 in Tirana. The event will gather ministers in charge of tourism from the Western Balkans, representatives of European Commission and other relevant stakeholders in the tourism sector. Under the title “Lifting Barriers for Sustainable Tourism Development” the event will serve as a discussion forum on the topics of importance to region’s tourism.

During the pre-pandemic tourism contributed to 15% of region’s GDP , more than a ½ million employees and numerous positive spillover effects on various socio-economic areas. In 2019 more than 12 million people visited Western Balkans, which brought us a profit of 7.2 billion euros. Tourism made 10.2% of the region’s GDP and accounted for more than 25% of exports! On average, 11.4% of the total employees in the Western Balkans were from this sector, 55% of whom were women. Post-pandemic period of summer 2021 shows 70% recovery in all tourism visits compared to 2019, while WB regional travel shows 92% recovery to the pre-pandemic 2019, contributing to WB region having one of the fastest rates of recovery towards 2019 levels. However, tourism was and still may be the most hit sector. If the crisis continues, the predictions are that the economic growth in 2022 for the WB region will decrease from 3.6% to 2.6% due to the effects of global disruptions leading to lower tourism revenues, increase in food and energy prices, inflation, etc. However, tourism has a great potential to accelerate progress and transform the threats into opportunities if managed well and wisely.

The event will be opened by RCC Secretary General, Majlinda Bregu, Minister of Tourism and Environment of Albania, Mirela Kumbaro, Mayor of Tirana, Erion Veliaj, and Acting Head of the European Delegation to Albania, Alexis Hupin; followed by four thematic panels, with a plethora of panellists including Tatjana Matic, Minister of Trade, Tourism and Telecommunication of Serbia, Kreshnik Bekteshi, Minister of Economy of North Macedonia, Stasa Kosarac, Minister of Foreign Trade and Economic Relations of Bosnia and Herzegovina, Rozeta Hajdari, Minister of Trade and Industry of Kosovo* and Aleksandra Gardasevic-Slavuljica, Director General  at the Ministry of Economic Development and Tourism of Montenegro.

A side event “Mastering the current challenges in tourism industry” is to take place on 13 May in Tirana gathering Western Balkans tour operators, policy makers and national tourism organisations, who will discuss tourism industry challenges and the way forward in improving the region’s tourism offer.

The event will be livestreamed as of 10.00 on Thursday at RCC YouTube Channel.

More info and the official agenda is available at Regional Cooperation Council | Agenda (rcc.int). The event is a part of the Common Regional Market for the Western Balkans Action Plan (https://www.rcc.int/pages/143/common-regional-market).

The RCC is co-financed by the European Union.