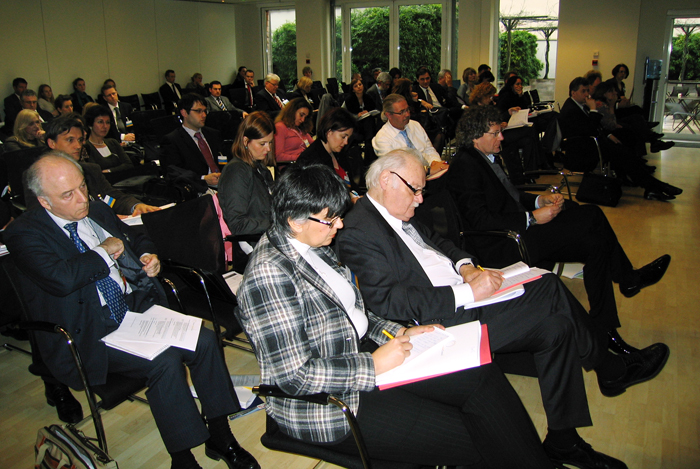 BRUSSELS/SARAJEVO – Over 100 participants of a Western Balkans and Europe 2020 – Towards Convergence and Growth conference of regional initiatives and international donors concluded in Brussels today that the Regional Cooperation Council (RCC) is the institution most apt to help align regional programmes with goals of Europe 2020 strategy of the European Union (EU).

The participants agreed that the RCC Secretariat would work in close cooperation with regional initiatives focused on reforms and development of South East Europe.

The two-day conference, which ended today, was designed to complement the Europe 2020 strategy for smart, sustainable and inclusive growth, in view of the Western Balkan countries’ preparations for EU membership. It was organized by the RCC Secretariat.

Speaking at the event that opened at the European Parliament (EP), RCC Secretary General Hido Biscevic said that it is becoming increasingly evident that there are no magic wands to dispel the gray picture in South East European economies.

“Instead, we have to turn to the fundamentals – resolve the remaining political issues in the region in the interest of stability and predictability, complete the transition and pool around regional recovery and development projects. This is why the call for our countries to join efforts in Europe 2020 implementation comes at the right time.”

Eduard Kukan, Member of EP and Chairman of the Delegation for Relations with Albania, Bosnia and Herzegovina, Serbia, Montenegro and Kosovo, underlined that Europe 2020 strategy should give impetus to Western Balkan countries as future EU members to push forward for reforms in the region.

“The Regional Cooperation Council is best set to lead this process and come up with projects aligning Western Balkan priorities with the goals of Europe 2020.”

Michael Leigh, Director General for Enlargement at the European Commission, said that RCC is well positioned to bring together regional leaders and initiatives.

“Cooperation on energy, infrastructure, fight against corruption and organized crime, promotion of social cohesion, freedom of expression as well as in overcoming effects of the economic crisis is very important. The Multi-beneficiary Instrument for Pre-accession Assistance programme could be aligned with the Europe 2020 strategy, and in that way, the enlargement countries could be associated with the strategy’s goals.”

The participants debated new growth model for the region, methods to unleash competitiveness, support infrastructure development and sustainable growth, as well as ways to complement and add value to national efforts through regional programmes.

The RCC Secretariat present preliminary findings of its survey of regional initiatives and task forces operating within, and directed towards, the countries of South East Europe, conducted this year. The findings suggested a need for better networking, increased awareness of the work of the initiatives, better streamlining of their activities and stronger involvement of civil society in the work of the RCC and other organizations. 30 initiatives contributed to the survey on general and institutional aspects, funding, projects and actions, as well as coordination activities needed to make them more effective.

All the conference materials are or will be available HERE in the coming days.