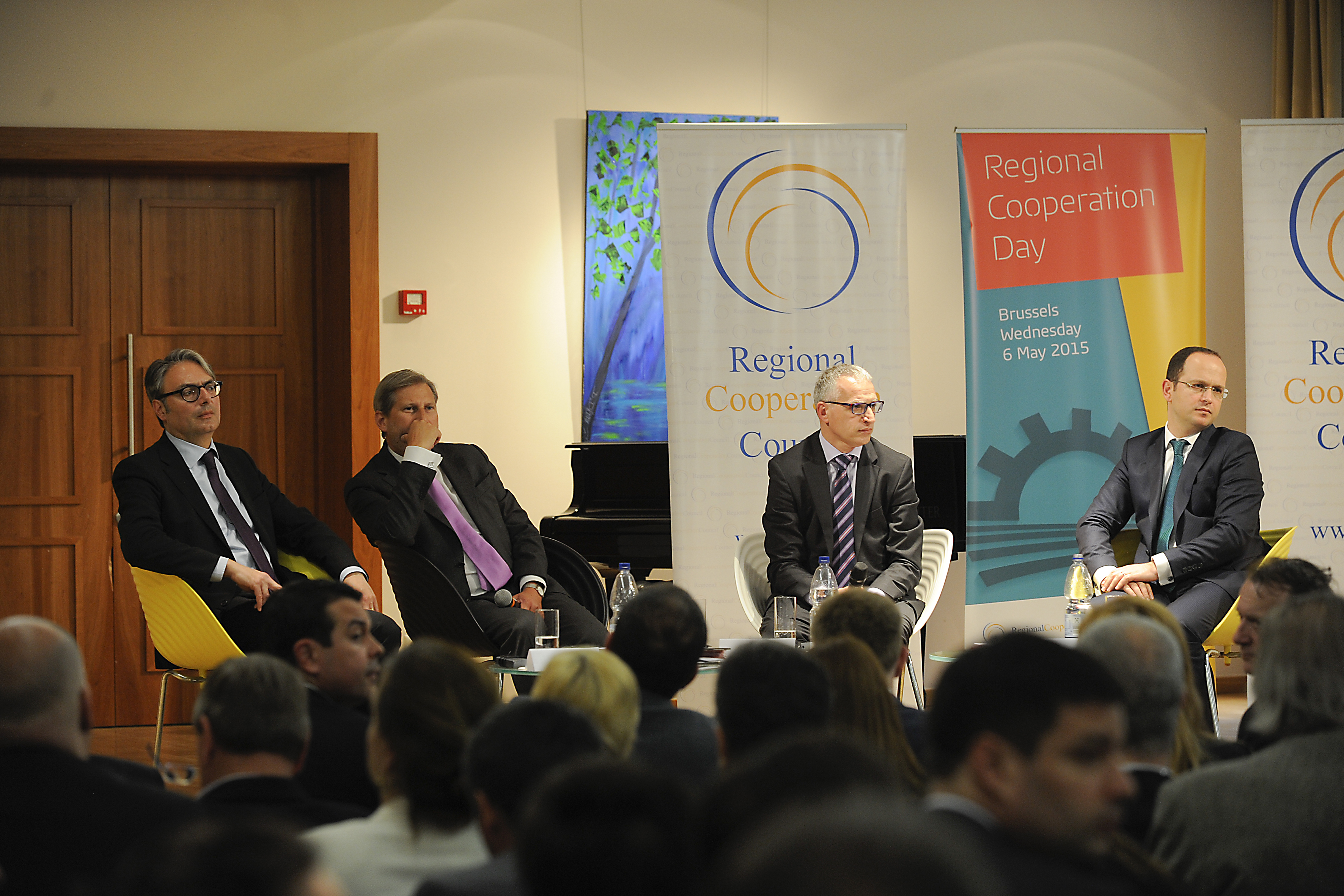 Sarajevo/Brussels – The Regional Cooperation Day continued in Brussels with a High Level Conference on cooperation and enlargement in the Western Balkans which included Albanian Foreign Minister, Ditmir Bushati, the EU Commissioner for European Neighbourhood and Enlargement Negotiations, Johannes Hahn, the Head of the Representation of the State of Baden-Württemberg, Johannes Jung and the RCC Secretary General, Goran Svilanovic.

The audience heard that the Western Balkans must do more to close the gaps between its ambitions and its current capacities; that further development of regional cooperation is a priority for the region itself and the European Union as well and that connectivity is one of key drivers for growth and jobs in SEE.

Prior to the High Level Conference, the RCC, the European Fund for the Balkans and the Representation of the State of Baden-Württemberg – the three organisers of the Regional Cooperation Day - presented a mini concert by three Balkan Ethno Music divas: Bilja Krstic, Amira Medunjanin and Tamara Obrovac – Les Femmes des Balkans.

Earlier in the day, the Balkan Barometer (BB) had its first public presentation. The BB is a comprehensive survey encompassing public and business opinion and sentiment on crucial economic and development issues. It is a part of an RCC’s ”toolbox” in tracking the progress of the South East Europe 2020 Strategy (SEE 2020). The Balkan Barometer 2015 can be accessed on RCC website http://www.rcc.int/seeds/results/2/balkan-opinion-barometar, and http://www.rcc.int/seeds/results/3/balkan-business-barometar.

The Regional Cooperation Day continues into the afternoon with a panel discussion on enlargement, economic growth and governance and with a second panel on enlargement and connectivity and links to the Berlin Process and the Vienna summit in August this year.

The Regional Cooperation Day is a joint effort of the RCC, the Representation of the State of Baden-Württemberg to the EU and the European Fund for the Balkans.