SEE2030 Strategy Approved by the SEECP Leaders at the Summit in Antalya Bregu: Voice, concerns, hopes & expectations of the people from the region are core of the RCC work 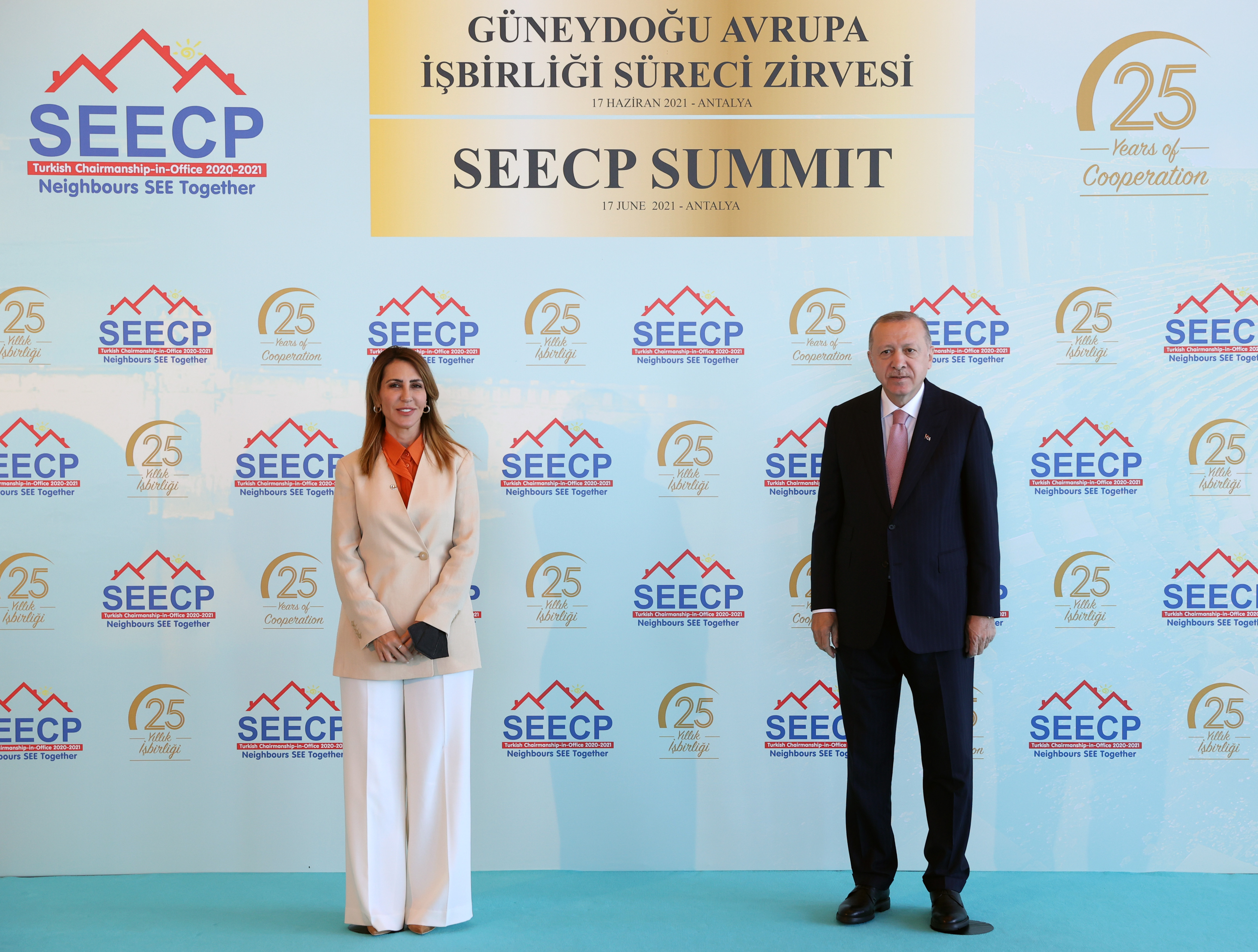 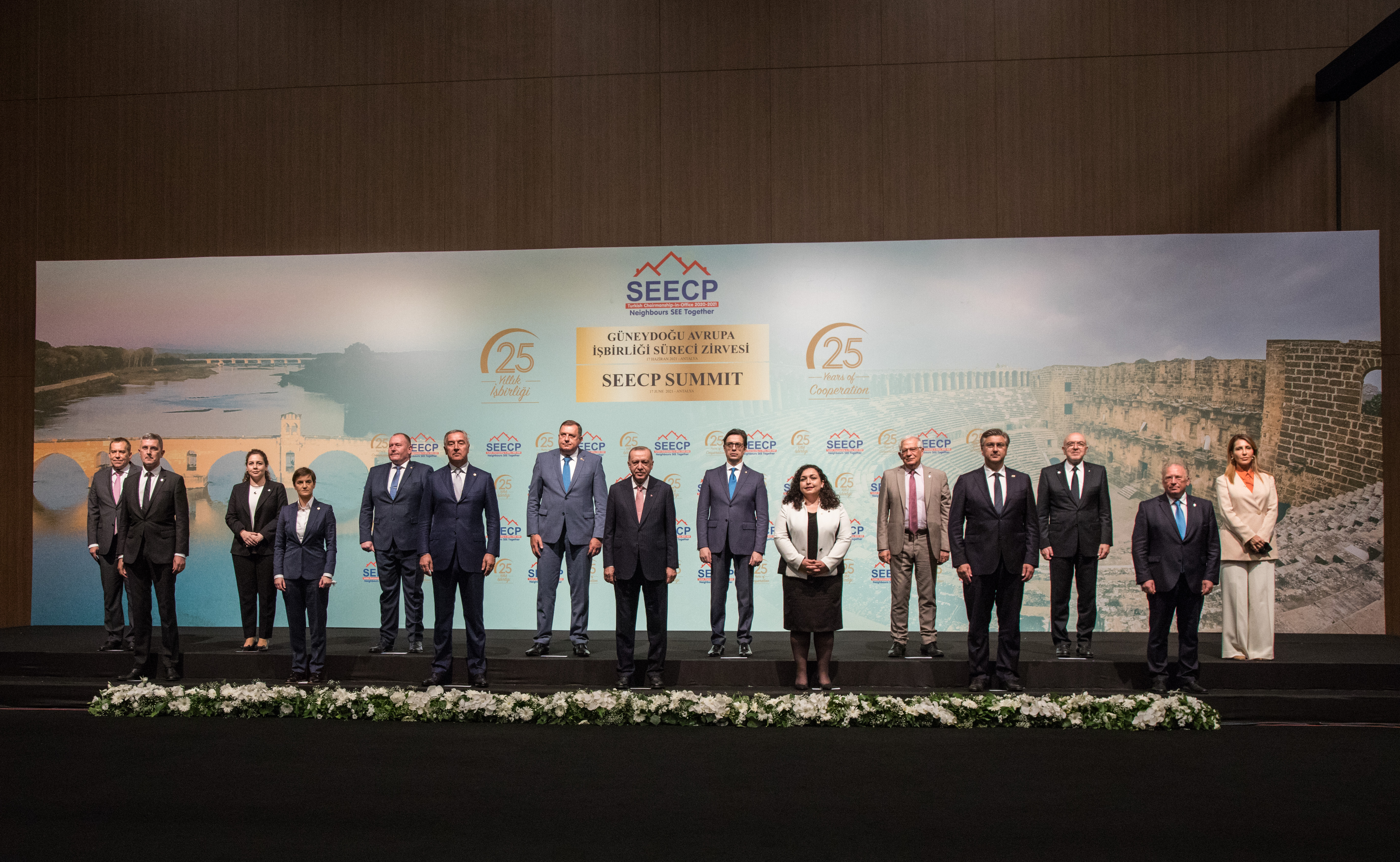 Antalya – Leaders of the South-East European Cooperation Process (SEECP) approved the RCC-developed strategy for socio-economic development of South East Europe (SEE) in the next decade – SEE2030 Strategy, at their Summit held in Antalya, Turkey today.

“The SEE 2030 Strategy is a regional call for action and solidarity, and in its all-inclusiveness and full regional ownership, we will make this comprehensive intervention work on its own from the day one. We see SEE2030 as a strategic way to jointly solve the social-economic and security issues of the SEE. For the first time the 13 economies of SEE have a joint vision on advancing UN Sustainable Development Goals (SDGs) under the guidance of the SEE Cooperation Process. SEE2030 is an ambitious agenda, proposing comprehensive, yet realistic actions in the field of education, justice, health and environment”, said Majlinda Bregu, Secretary General of the Regional Cooperation Council (RCC) addressing the SEECP Summit.

Secretary General Bregu also thanked SEECP Chairmanship-in-Office and all participants for the continuous support to the RCC and for enabling an environment to deliver results, despite  all the hardships that have occurred on the way, highlighting that the adopted SEE 2030 Strategy, delivered in the challenging times, represents a vision of the South East Europe’s development in the next decade. The SEE2030 was prepared by RCC, upon request from the SEECP Summit in 2019, in consultation with different sectors and relevant stakeholders from all SEE economies and international organizations.

The SEECP Ministers of Foreign Affairs meeting, prior to the Summit meeting, endorsed both the SEE2030 Strategy and the RCC Annual Report on the activities in the past year, which the Summit subsequently approved. Bregu also reflected on the difficult 2020, marked by the COVID’19 pandemic, and RCC’s achievements in that period.

“Past year was like nothing we have ever experienced before but I feel proud of what we have achieved together. For the RCC, this has been a year where our activities have been driven by two main factors: people and innovation. It is the people of the region, their voice, concerns, hopes and expectations that have been in the core of our work and were reflected in our projects. All our activities have been human-centred and dynamic, designed to efficiently address needs that emerged as a result of the pandemic, which was proven by Green Lanes facilitating the flow of goods and medical equipment within the region and also, between the region and the EU,” said RCC Secretary General, Majlinda Bregu at the SEECP meeting.

The SEECP participants commended the work of the RCC, expressing gratitude for all the work done by the organisation in promoting and strengthening regional cooperation. The RCC, as operational arm of SEECP, stands ready to embark on the upcoming activities of regional cooperation in SEE, looking forward to the lead and support from the incoming Chairmanship(s)-in-Office.

Joint Declaration was adopted at the SEECP Summit, marking the 25th Anniversary of the establishment of SEECP, hosted by Recep Tayyip Erdoğan, President of the Republic of Turkey, and Head of the outgoing SEECP Chairmanship-in-office. The Declaration emphasised the inclusive role of SEECP in promoting and enhancing regional connectivity in political, economic, social, and cultural sense, supported in all areas by the Regional Cooperation Council as its operational arm.

The next SEECP Chairmanship-in-Office was officially handed over to Greece, beginning as of 1 July 2021, for a period of one year, followed by Montenegro (2022-2023), which together with the outgoing C-i-O Turkey form the SEECP Troika representing the past, current and future SEECP C-i-Os.

The Annual Meeting was co-organised by the RCC Secretariat and SEECP Chairmanship-in-Office of Turkey and it is held back-to-back with the SEECP Meeting of Foreign Ministers and the SEECP Summit.