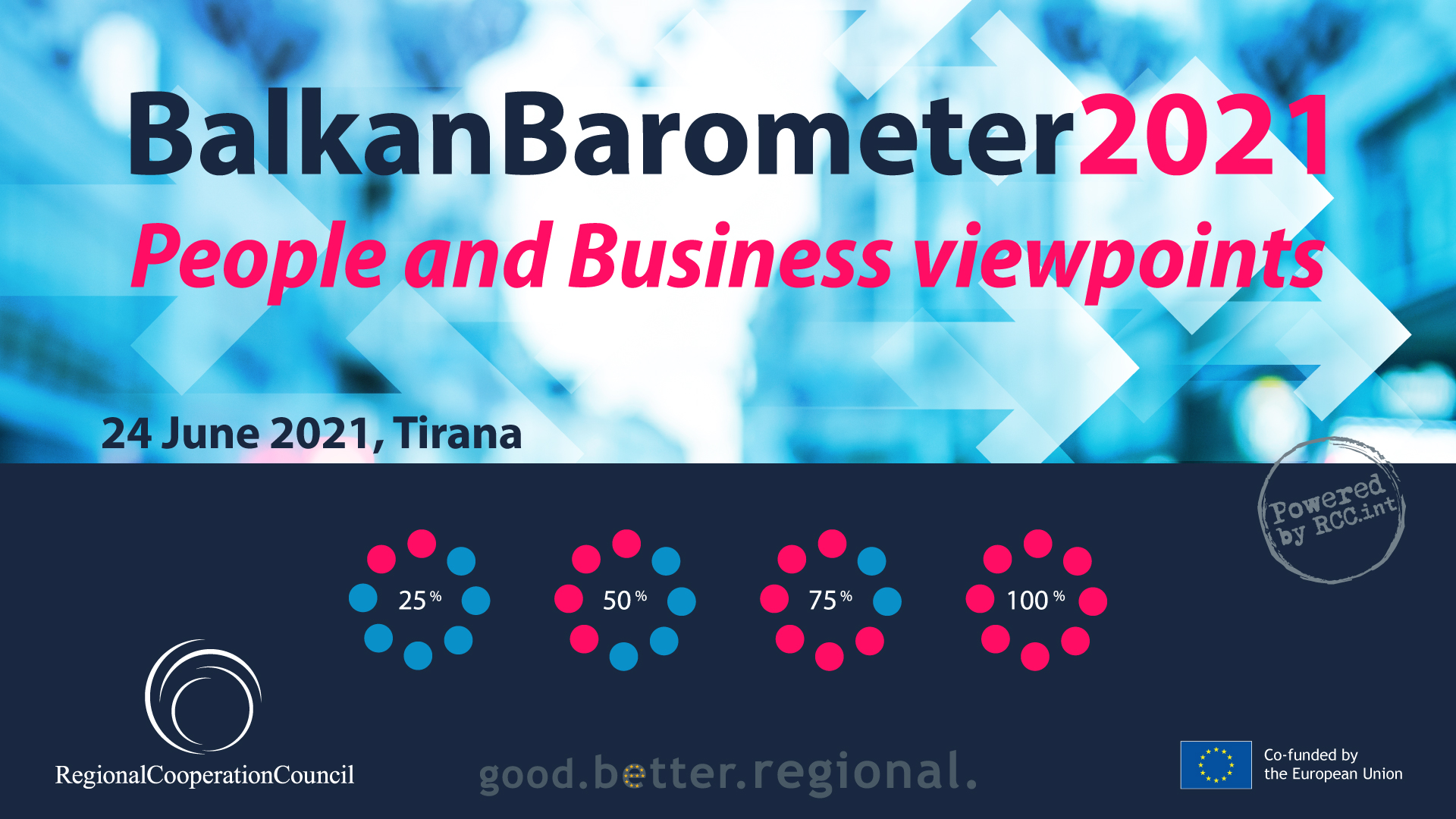 Tirana – The Regional Cooperation Council (RCC) is to present the 2021 edition of Balkan Barometer on Thursday, 24 June 2021, starting at 10:00, in Tirana. This is the 7th edition of annual public and business opinion survey commissioned by the RCC which examines Western Balkan citizens and businesses perceptions and expectations towards a variety of thematic areas, such as the EU integration and regional cooperation, digitalisation, green recovery, employment, and for the second year in a row it includes topics concerning a challenging regional COVID-19 induced landscape.

Western Balkan citizens support regional cooperation, 77% of them agree it can contribute to better political, economic or security situation in their economy and 62% consider EU membership a good thing for their economy. Still 49% think unemployment is the biggest problem facing their economy, which is higher than last year’s 45%. Young people also agree with this, 63% of them consider inadequate employment opportunities is the biggest problem. When it comes to businesses, 72% perceive the EU as the most preferred block to trade with, and 48% said new roaming agreement helped them save money.

The entire presentation on 24 June 2021, starting at 10:00 o’clock will be streamed live at RCC’s YouTube and Facebook.

The introductory remarks will be delivered by RCC Secretary General Majlinda Bregu and Alessandra Viezzer, Deputy Head of Unit Western Balkans Regional Cooperation and Programmes at European Commission (DG NEAR).

Introductory remarks will be followed by a panel discussion focused on the key priorities for a thriving Western Balkans.

Panel will be moderated by Tim Judah, journalist and author/ Balkans correspondent for the Economist.