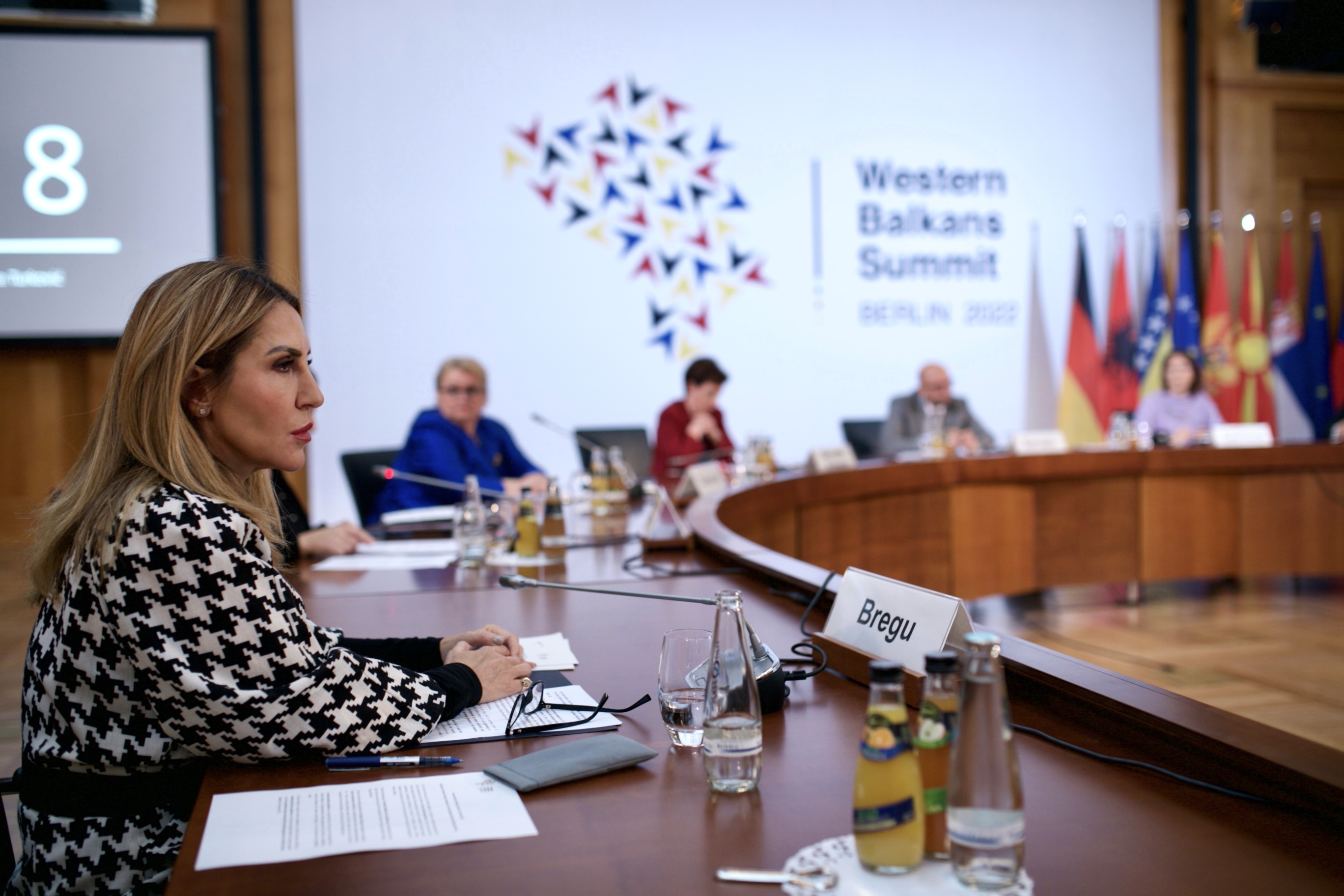 RCC Secretary General Majlinda Bregu at the WB-EU ministerial meeting, organised within the Berlin Process by the German Government in Berlin on 21 October 2022 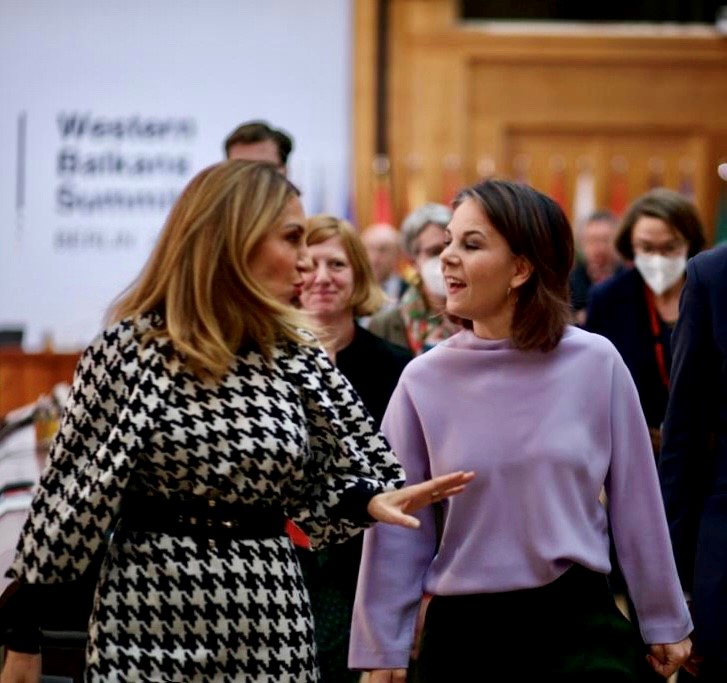 Berlin/Sarajevo – The Western Balkans (WB) Foreign Ministers approved three regional agreements - on Freedom of Movement with Identity Cards, on Recognition of Higher Education Qualifications, and on Recognition of Professional Qualifications for Doctors of Medicine, Dentists and Architects – at the WB-EU ministerial meeting, organised within the Berlin Process by the German Government in their capital today.

“We proudly today showcase that all-inclusive regional cooperation and Common Regional Market deliver results. That the region has agreed on three RCC-coordinated centrepiece mobility agreements whose implementation, much like with the green lanes and regional roaming agreement, will very soon bring their own manifested impact on the ground,” said Majlinda Bregu, RCC Secretary General at the meeting.

“RCC is the main partner of the regional negotiations and the major force in the Berlin Process. Secretary General, Majlinda Bregu I would like to thank you personally for all the work that you have accomplished in the regional cooperation with the RCC. A lot of work still has to be done but the work done so far has been incredible for which I thank you very much”, said Annalena Baerbock, German Foreign Minister.

RCC Secretary General said that “we rejoice in the live demonstration that the visionary and pioneering Berlin Process is back! This process has been instrumental in delivering on the connectivity, youth, green, Common Regional Market, Roma integration, security, and various other agendas in our region, and RCC has had an important role in many of its deliverables.”

Metrics we so far meticulously measured in hundreds of trucks using green lanes to deliver the much-needed food and medicines and hundreds of percent of roaming traffic increase due to the abolished roaming fees will now also relate to: enriched regional mobile labour pool, new professional and academic opportunities, and eliminated costs for lengthy, expensive and administrative burdensome recognition processes.

“Movement with ID cards in the Western Balkans is the agreement of today. It really took us almost two years of intensive negotiations to get the consensual version, hereby today. But where there is a will, there is a way. This agreement tears down the last remaining visa wall in the region. I know, no visa regime in the region is not the same as no visa regime with the EU. But, in real terms, this is the tittle of one region, one market. National policies remain key for everyone, but they can also play an important role for more effective implementation of regional initiatives. All this with the aim of regional connectivity and togetherness. Regional and multilateral cooperation and solidarity come at the fore in times of crises,” said Bregu.

As we look to the future with an increased sense of apprehension, the Berlin Process 2.0 is an opportunity to strengthen our determination to respond collectively and resolutely, and with operational dynamism, to the immense challenges we face together.

“On our end, RCC continues to stand ready to assist the region’s development, its EU perspective and security. Undoubtedly, the RCC dynamism cannot substitute the local politicians’ responsibility and willingness to stand by their promises. In the same dynamic vein, we stand ready to contribute to the operability of the Process in between Summits as well, so that the commitments are translated and followed through into operational work in a clear, structured and coherent way,” concluded Bregu.

All three agreements are expected to be signed at the Berlin Process Summit of the Heads of States and Governments set for 3 November in German capital. The RCC Secretary General will take part in the Summit. Yesterday the RCC Secretary General spoke at the meeting of the Berlin Process Interior Ministers. Youth, Civil Society and Business Forums are to precede the Summit, whose main focus is on energy security, Green Agenda and Common Regional Market.

Free movement of people is one of the key policy areas of the Common Regional Market (CRM) aimed at enabling the Western Balkans to implement one of the four freedoms of the EU Single Market. It is a significant step forward to removing barriers to mobility of people in the region, enabling approximately 18 million people to move freely within the region, also removing barriers to mobility of professionals, students, researchers and professors.

European Commission’s Economic and Investment Plan makes clear that by increasing regional economic cooperation and trade, Western Balkans will be brought closer to the EU Single Market. The Common Regional Market Action Plan is an integral part of the region’s EU accession process.
CRM Action Plan is being implemented by the Western Balkan economies. The RCC and CEFTA are leading regional organisations helping Western Balkans in implementing it, together with other regional and international partners in line with their scope of work.

This project is funded by the European Union.