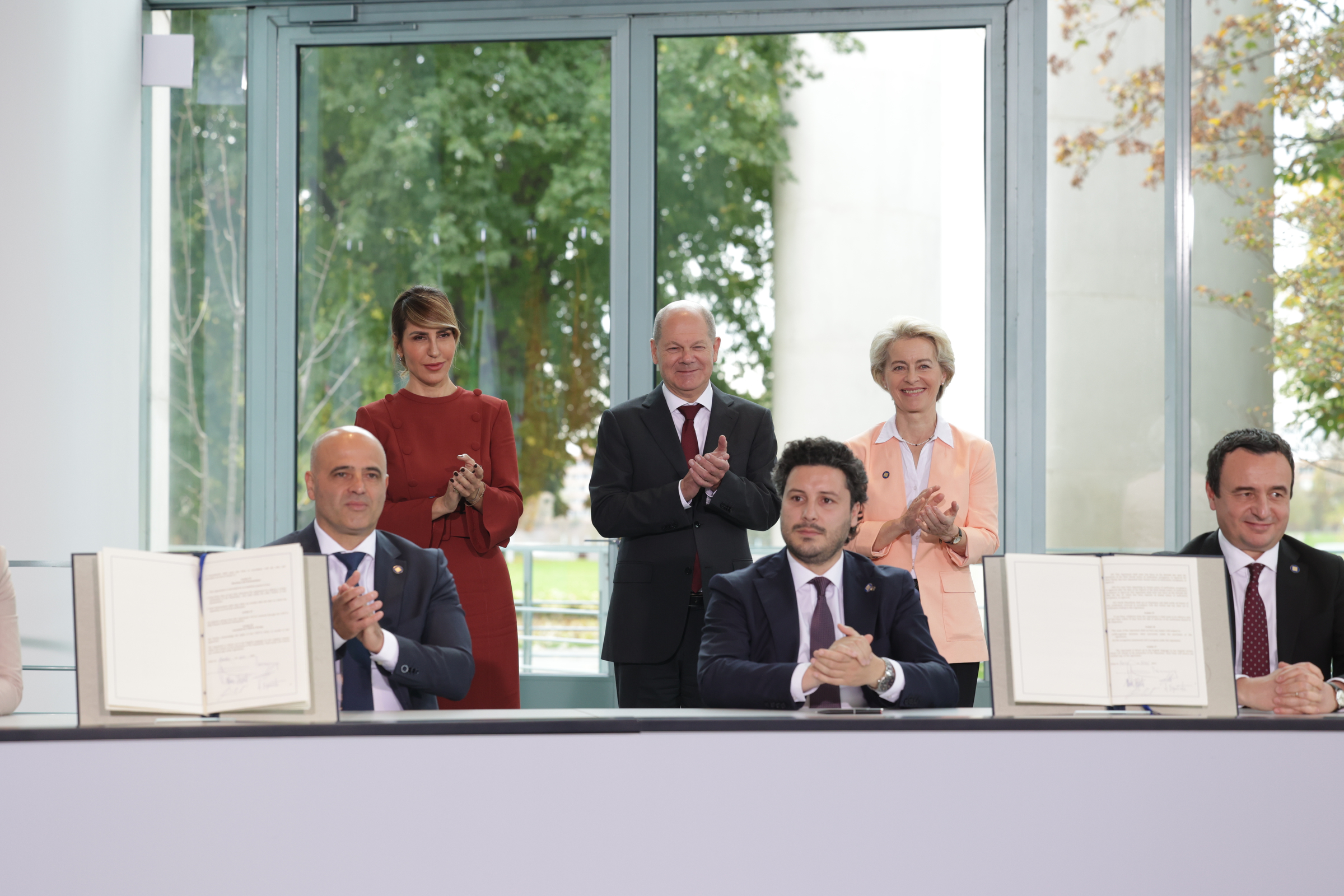 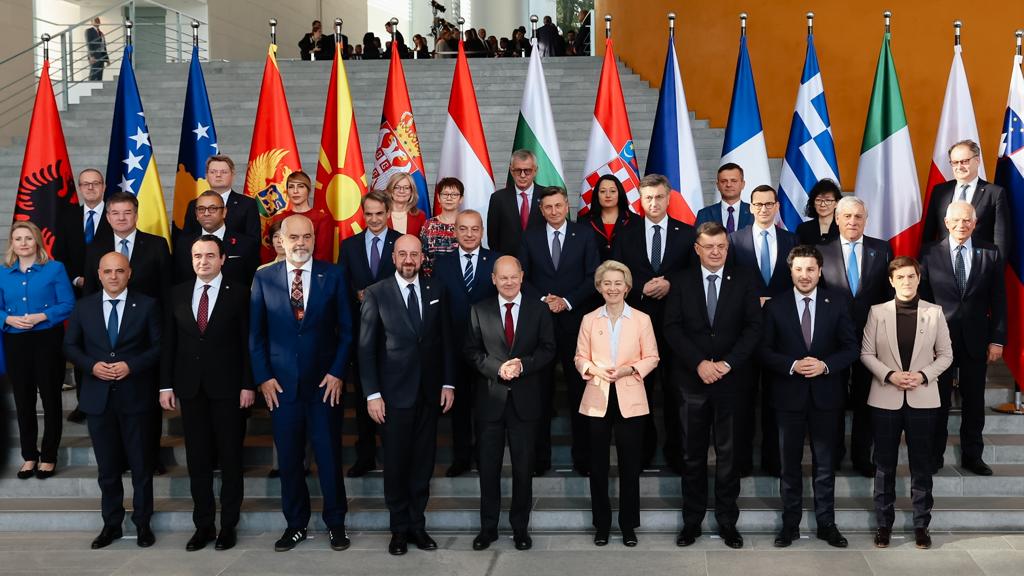 Berlin – The Heads of Governments of the Western Balkans Six signed the three mobility agreements under the Common Regional Market (CRM) Action Plan’s mobility agendas - on Freedom of Movement with Identity Cards, on Recognition of Higher Education Qualifications, and on Recognition of Professional Qualifications for Doctors of Medicine, Dentists and Architects – at the Berlin Process Summit held in German capital today.

“Though written off as nearly impossible, after trying and nerve-racking two years, the three RCC-coordinated centrepiece mobility agreements finally see the light of day. Today they reach those intended for - our citizens! Much like the ubiquitous impact of the regional roaming agreement and the green lanes, their manifested impact on the ground will be direct and concrete. It contributes to building the bridges our region still needs within, and with the EU - on an equal treatment basis,” said Majlinda Bregu, Secretary General of the Regional Cooperation Council (RCC) at the Summit.

German Chancellor, Olaf Scholz, thanked the RCC for all the excellent work done in the past two years on facilitating the three mobility agreements, calling for a speed up of regional cooperation and European integration processes.

European Commission President, Ursula von der Leyen, said this is a big step forward of integration towards the Common Regional Market, because its gives the power to the people to develop experience and bring the best to the region.

In their Chair Conclusions, the Berlin Process participants reaffirmed the key role of the Berlin Process as a driver of regional cooperation and accelerator of EU integration process, and commended the efforts made by the Western Balkans in the implementation of CRM, praising the key coordinating role of the RCC and CEFTA in the successful negotiations of the CRM mobility agreements.

“Hoping for prompt ratification procedures, we will continue to support the implementation and the governance of the agreements - so their intended benefits are extended in the shortest time possible. With this impetus and encouragement in mind, it is high time to follow the pioneering example of EU MS joining the green lanes initiatives and make the roaming reduction between the EU and WB a case in point. I am looking forward to some other concrete deliverables for the Tirana December EU-WB Summit. In these challenging times, we need these and many more integration measures in energy, cyber-resilience, disinformation, etc. As an all-inclusive, regionally-owned mechanism, RCC stands ready to contribute to the operability of the Berlin Process in-between Summits as well, ensuring one of the most widely taught skills: cooperation,” concluded Bregu.

Acknowledging that the energy crisis and transition to renewable energy can only be managed through deeper regional cooperation, the Summit participants agreed that Europe needs to rethink its energy supply and energy security, ensuring affordable and reliable energy, but also fighting climate change and reducing environmental pollution. For this purpose, the Leaders of the Western Balkans Six adopted a Joint Declaration on Energy Security and Green Transition in the Western Balkans. The participants reaffirmed the region’s commitments towards the Green Agenda for the Western Balkans (GAWB), another agenda coordinated by the RCC, to ensure carbon neutrality by 2050.

The participants of the Summit stressed their wish for continuation of the Berlin Process in order to harness the full potential of improved and inclusive regional cooperation, and agreed to hold the next Berlin Process Summit 2023 in Albania.

Previous news: Bregu: Agreement on Freedom of Movement with Identity Cards tears down the last remaining visa wall in the region
Previous news: Bregu: Keeping The Green Agenda Implementation Torch Lit Is Difficult, But There Are No U-Turns In A Climate Change-Vulnerable Region Like Ours