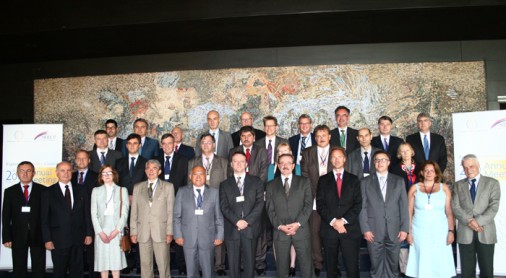 The fourth Annual Meeting of the Regional Cooperation Council (RCC) was held in Belgrade, Serbia, on 13 June 2012. The event was co-organized by the South-East European Cooperation Process (SEECP) Chairmanship-in-Office of Serbia and the RCC Secretariat.

The RCC Secretary General, Hido Biscevic, presented the organization’s Annual Report on regional cooperation in South East Europe 2011-2012 and the RCC Secretariat’s Self-assessment Report on the first year of implementation of the RCC Strategy and Work Programme 2011-2013. The report was endorsed by the meeting participants, who also exchanged views on developments in regional cooperation in South East Europe within the framework of the RCC and the challenges ahead.

The meeting endorsed the nomination proposal of Goran Svilanovic as the next RCC Secretary General for a three-year period, effective as of 1 January 2013.

The RCC Annual Meeting meets at the level of Senior Civil Servants or above. It is open to other countries, international organizations and partners as guests upon request to and/or the initiative of the Secretary General following the consent of the members of the RCC Board.