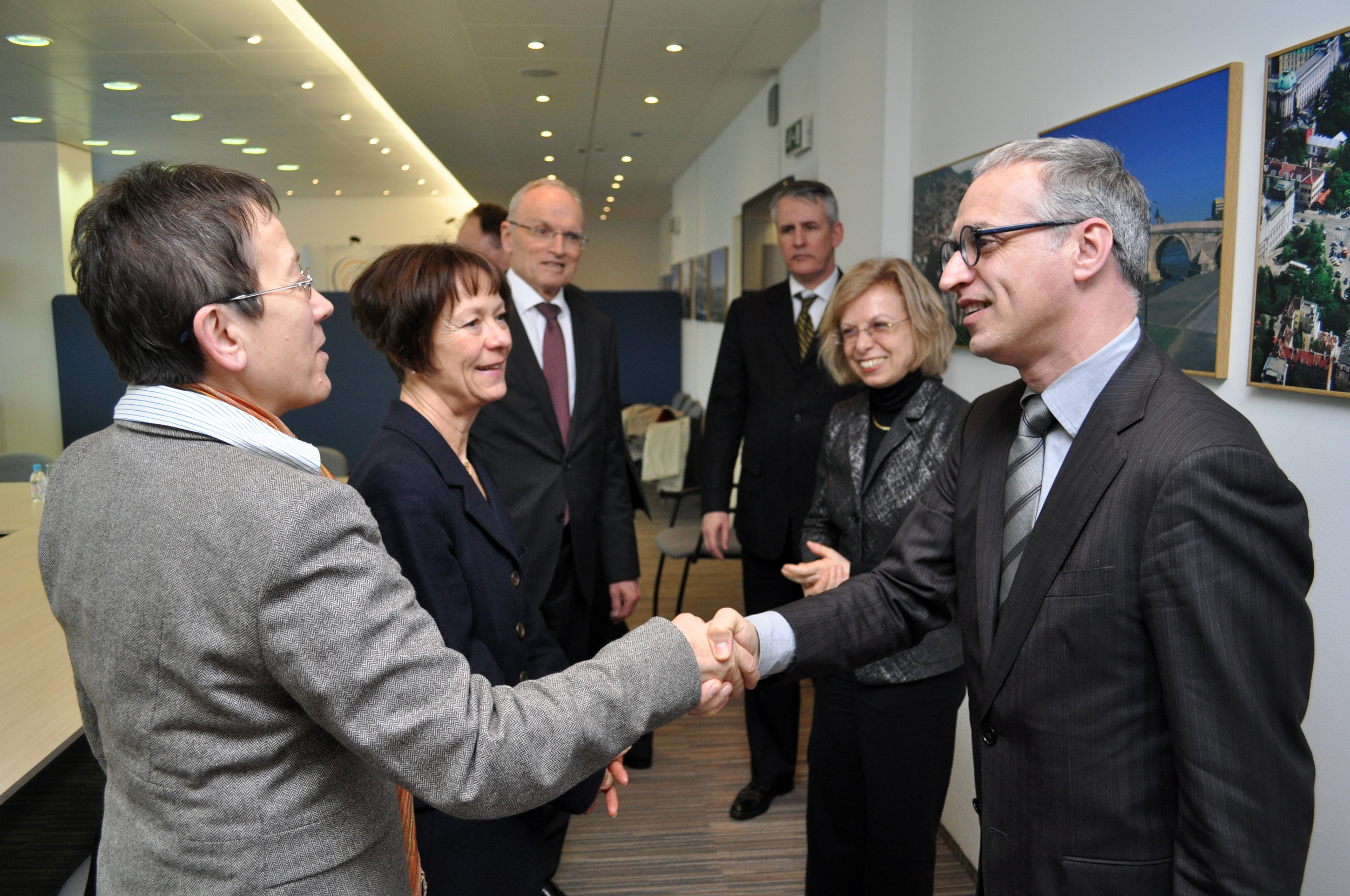 SARAJEVO, 11 March 2013 – Ambassadors of Germany in Belgrade, Podgorica, Prishtina, Sarajevo, Skopje and Tirana, accompanied by colleagues from the foreign ministry, discussed political situation in Western Balkans and the region’s European perspective during a visit to the Regional Cooperation Council (RCC) Secretariat in Sarajevo today.

“We are proud to have supported the Regional Cooperation Council for the past five years. We find the organization instrumental in promoting and strengthening stability, economic and social development, as well as European integration in South East Europe”, said Ambassador Nikolaus Graf von Lambsdorff, Director for Western Balkans and Turkey at the German Ministry of Foreign Affairs.

“We are particularly pleased with the RCC’s all-inclusive approach to cooperation, which demonstrates the region’s willingness and ability to build the future with maximum commitment and engagement of all RCC participants.”

RCC Secretary General Goran Svilanovic thanked the ambassadors for the continuous German support to the work of the RCC Secretariat, especially its communication activities.

“The RCC has profiled itself as the focal point for regional cooperation and key EU partner in this respect. This strengthened our position of the chief regional organization when it comes to development issues in South East Europe (SEE), as demonstrated by the central role the organization has received in designing the SEE 2020 regional growth strategy.”

The officials reiterated Germany’s support to the RCC and its Secretariat also in the future.

The ambassadors’ visit to the RCC Secretariat took place during the annual gathering of the top German diplomats in Western Balkans, currently taking place in Sarajevo.