Governing Board of RCC’s SEE2020 Strategy Meets in Tirana 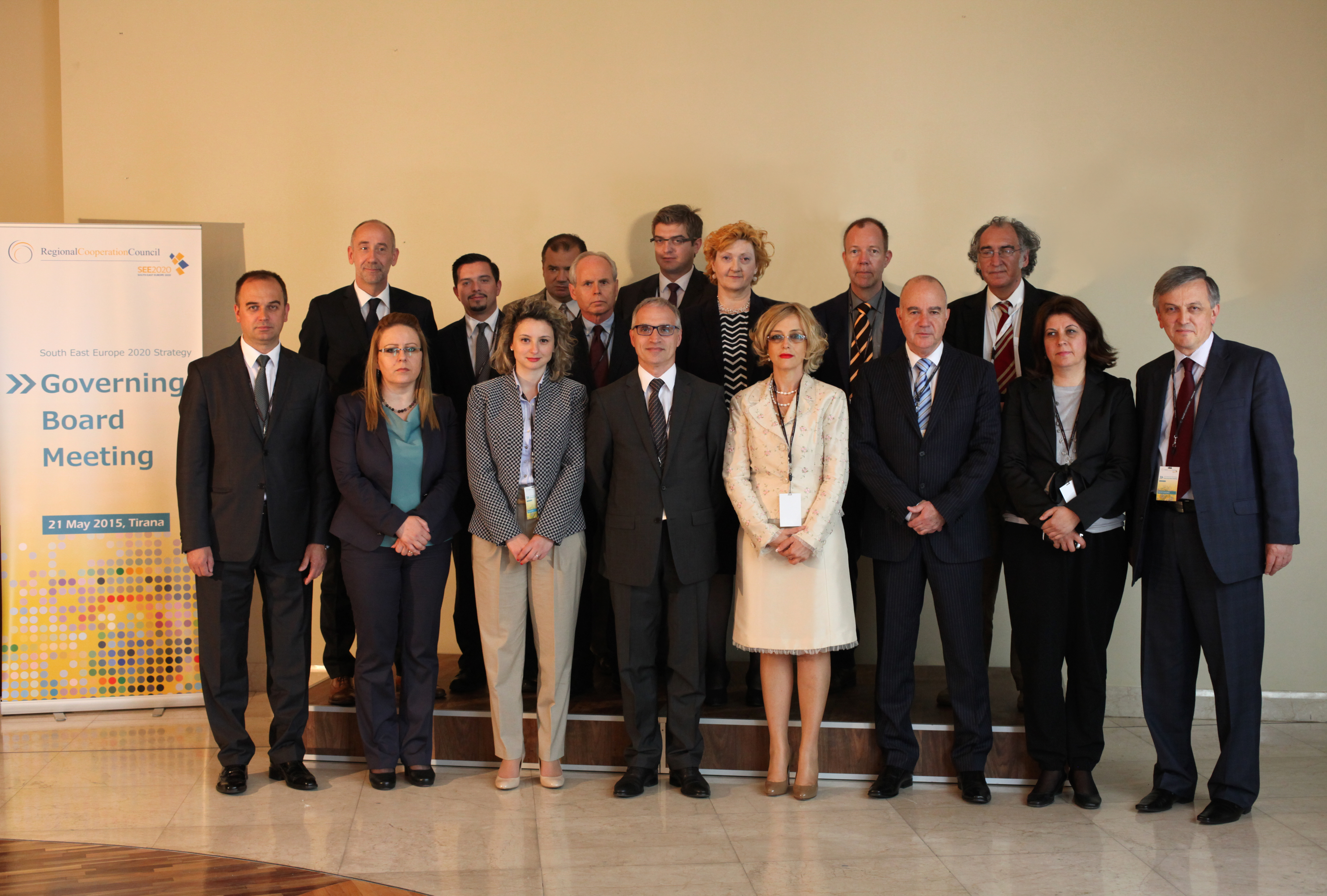 Participants of the second South East Europe 2020 Strategy (SEE 2020) Governing Board meeting, held on 21 May in Tirana, Albania. (Photo: RCC) 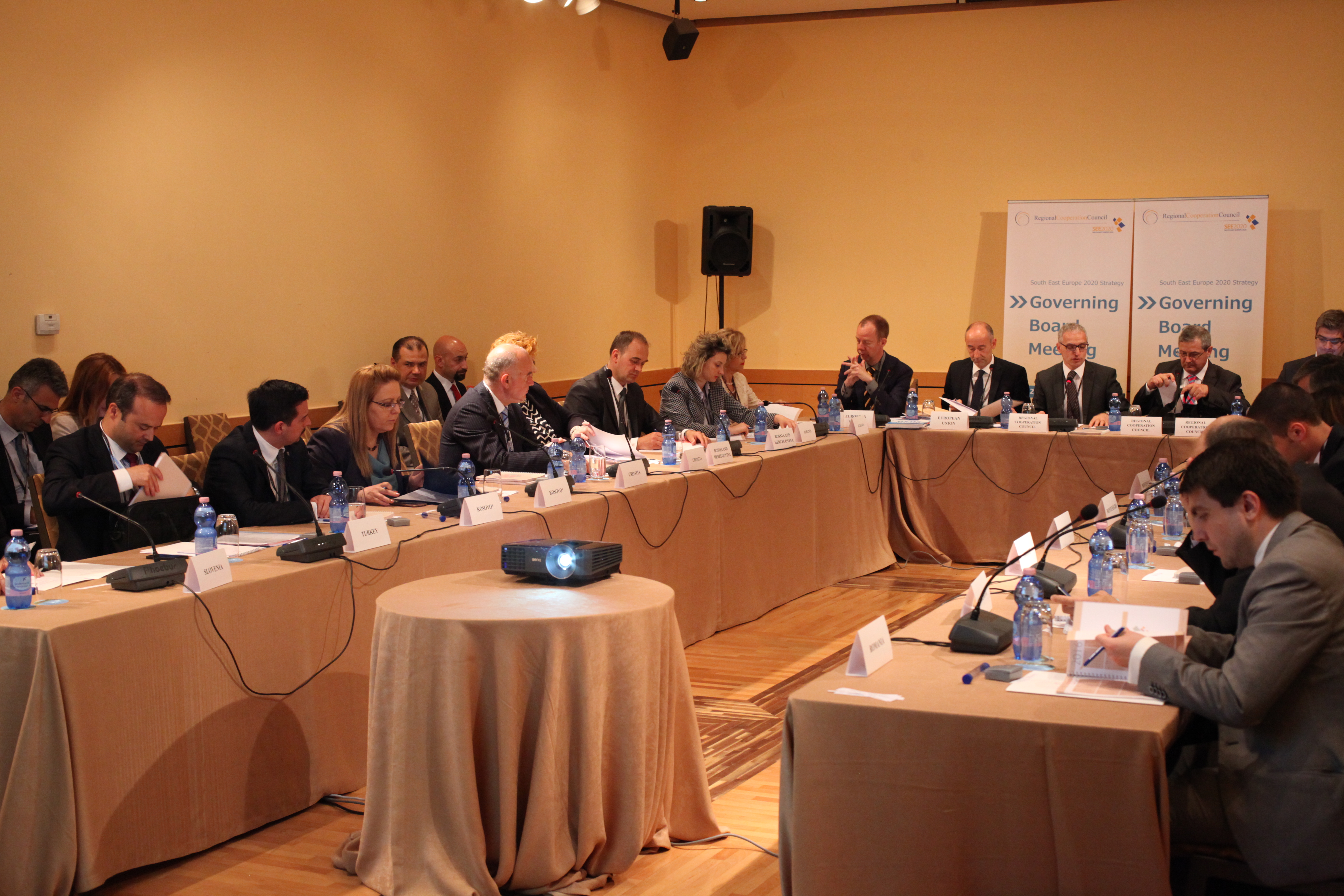 TIRANA/SARAJEVO – The South East Europe 2020 Strategy (SEE 2020) Governing Board held its second meeting in Tirana today. The SEE 2020 Strategy is the Regional Cooperation Council’s (RCC) primary instrument for boosting growth in the region, creating jobs and assisting the EU accession process. The Strategy was adopted in November 2013 and today’s meeting of the Governing Board was an opportunity to assess the results so far and fine-tune the actions for the future.

The Governing Board was presented with the SEE 2020 Annual Report on implementation which offers stakeholders information on the progress made, overall management and guidance of the Strategy as well as the political and economic context within which it operates.

RCC Secretary General, Goran Svilanovic, gave an overview of the political and economic context of the SEE 2020 strategy progress, saying that “the key elements of the Strategy such as transport, energy, competitiveness and integrated growth have secured support from the Prime Ministers of Western Balkans economies and several EU Member States through the Berlin Process”. Svilanovic also warned that the average growth for the region in 2014 was - zero, showing economic stagnation. He also spoke about the major challenges that South East Europe is facing in several areas, especially the labour market with the young, women and vulnerable groups being particularly disadvantaged.

The Director for the Western Balkans in the DG for Neighbourhood and Enlargement negotiations, Jean Eric Paquet, spoke about the importance of continuing with the reform agenda especially in the field of the rule of law and public administration. Paquet said the reform agenda needs to generate swift benefits for citizens in the form of jobs and wealth creation. This is also necessary, Paquet said, “in order to reassure the public opinion in the EU that the Balkans are a region of opportunity, not a burden”.

The Governing Board also saw the RCC’s new integrated web-based platform, the South East Europe Development Scoreboard (SEEDS) which will be officially launched tomorrow (Friday). The SEEDS provides a wealth of information about SEE 2020 targets, indicators, progress to date and the views of both citizens and businesses. “This level of transparency and openness is an important contribution to gaining greater ownership and support for the Strategy from the citizens of the region’, said Goran Svilanovic.