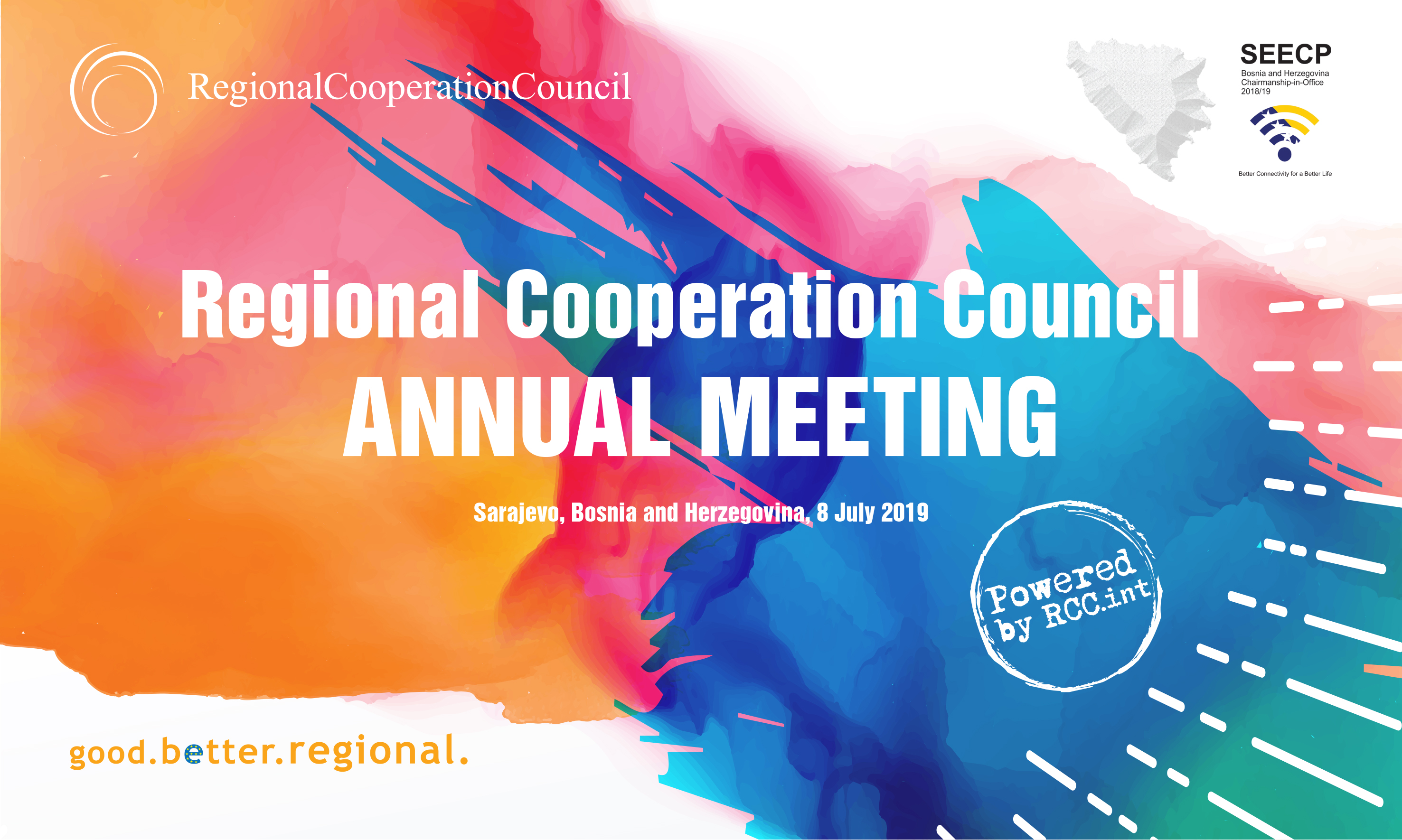 The Annual meeting of the Regional Cooperation Council (RCC) will take place on 8 July 2019 in Sarajevo, Bosnia and Herzegovina (Illustration: RCC/Sejla Dizdarevic)

Sarajevo - The Regional Cooperation Council (RCC) is to present the 5th, 2019 edition of its public and businesses viewpoints survey – Balkan Barometer (BB) at the Annual meeting of the organisation that is taking place on 8 July 2019 in Sarajevo, Bosnia and Herzegovina.

The premier presentation of the 2019 Balkan Barometer was held at the Western Balkans Summit in Poznan, 3 days ago, featuring its key findings, while the Sarajevo event will give an in-depth look into the survey data per each WB economy: Albania, Bosnia and Herzegovina, Kosovo*, Montenegro, Republic of North Macedonia and Serbia.

The 2019 Annual Meeting of the Regional Cooperation Council will take place within the series of high-profile meetings organised at the end of Bosnia and Herzegovina’s Chairmanship-in-Office (C-i-O) of the South-East European Cooperation Process (SEECP).

The meeting will be opened by Igor Crnadak, Minister of Foreign Affairs of Bosnia and Herzegovina on behalf of the SEECP C-i-O and Majlinda Bregu, Secretary General of the RCC.

The RCC’s Secretary General Bregu will share the findings of the Balkan Barometer 2019 with the meeting's participants, followed by the presentation of the RCC’s Annual Report for period 2018–2019 and organisation’s Strategy and Work Programme 2020–2022, both expected to be endorsed at the RCC Annual Meeting and adopted  at the SEECP Meeting of Ministers of Foreign Affairs.

*This designation is without prejudice to positions on status, and is in line with UNSCR 1244/1999 and the ICJ Opinion on the Kosovo declaration of independence
CompetitivenessDigital TransformationSecurity CooperationHuman CapitalRule of Law and Good Governance